Fatty Brain Is Totally The Boss Of Me 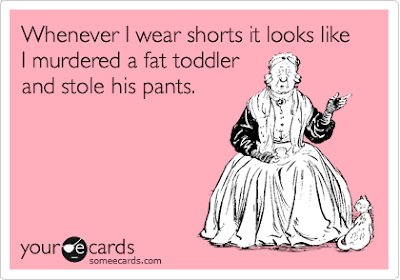 I can't find my bathroom scale.

When we moved, it got relocated to some box, somewhere, and has disappeared into the abyss that is all the crap I have in storage and/or haven't unpacked.  And it's diving me NUTS.

I am a scale addict.  In fact, I'm a scale WHORE.  I haven't weighed myself in over a month and I have to say, it's stressing me out so badly that I may  need valium just to cope with the withdrawals.  Or Xanax.  Or copious amounts of alcohol.

I need my scale to let me know how I feel each day.

I've been changing my diet and eating super healthily and wouldn't you  know it, my pants are much looser and I don't feel like my head is being swallowed by my boobs.

But without  my scale, these things could literally mean nothing.  Or something.

I mean, it could actually mean several things:

1.  That I got so incredibly fat that my pants stretched out and now feel loose, even right after I wash them.  (Most likely scenario.)

2.  That it's all an illusion and my pants aren't actually looser, it's just that I've just lost all the feeling in my lower extremities due to their extreme tightness so they FEEL looser.

3.  I actually HAVE lost weight, but ONLY in my boobs, which is why I don't feel like they're choking me to death anymore and the loose pants are more of an indication of shoddy workmanship than weight loss.  (Another likely scenario.  Though usually when I lose weight, my head gets smaller before anything else does so I walk around looking like Zippy Pinhead.  Tragic but True.)

4.  There's also a slight possibility that I'm full of shit and totally lying to myself about the alleged looseness of my pants, which may or may not be every bit as tight as they've always been.

One of my biggest fears is the dreaded Putting On Of The Pants every morning.  Seriously.  When I get dressed in the morning, I ALWAYS have an "oh shit what if I fattened up like a freaking blowfish last night while I was asleep and now my pants won't fit and I will have nothing to wear and life as I know it will cease to exist and I will become the mother in What's Eating Gilbert Grape and they'll have to reinforce the floor boards under my chair so that the house doesn't cave in under my weight" moment.  Always.  I live in fear of not being able to hike them up over my thighs or my ass or God only knows what other lumpy, bumpy anomaly that might appear without warning on my body and cause me to be suddenly, tragically, Too Fat For Real Pants.

On one hand, it's a sad commentary on how body image has totally warped my life.  I know it's a problem for me... and yes, I realize how sad and unfortunate that is.  I also know the psychological whys and wherefores that created this monster in my brain that constantly tells me that my happiness and self-worth totally and completely depend on what number appears on the scale on any given day.

I was bulemic in high school, and have never had a week, or even a day, that I'm not constantly aware of how much I weigh.  I'm always worried that I won't fit in a chair, or a booth, or an airplane seat, or a car, or the world... It's never rational but it's always there, in my head, whispering sweet nothings in my ear, like, "Hey fatty... sure that sidewalk is wide enough for you?  Are you going to fit through those double doors?  What if they find out tomorrow that water actually has more calories than any other substance on earth and you're here guzzling it like you're dying of thirst?  What then, Chunky?  What then??  Sure, have a big ol' salad for lunch... but remember... COWS EAT GRASS, DANIELLE!!  LOOK AT THEM!"

I doubt it will ever go away, but I do have hope that come a certain age, I'll just say "fuck it all" and start wearing whatever the hell I feel like wearing and screw anyone who doesn't like it.  I have fabulous visions of myself at 80 cruising along in my motorized scooter eating a Big Mac and wearing hot pants and a halter top, boobs and belly flapping in the breeze...

I want to embrace that NOW.  I want to be all, "Eff you, scale... I don't need you to feel fabulous!" and then wind up in an expose' of People of Walmart.

I want to be all, "Eff you, scale... I don't need you to feel fabulous!" and then NOT wind up in an expose' of People of Walmart.

The obvious solution, of course, would be to go buy a new scale.  But that brings up a whole different list of problems.

1.  What if my old scale was 50 lbs off and I actually weigh even more than I thought I did?

Okay, so actually it's just the one problem.  But it's a biggy.

All that's left for me to do is face my Fear of Pants, put on a pair, and pray that they go on, up, and over.