It all ended with me not dying. 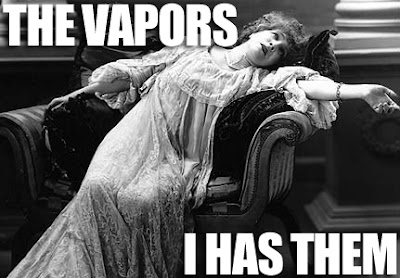 I'm finally ready to talk about it.

Because I'm really strong, and brave, and shit.

I am all those things that deep and meaningful motivational quotes are made of.

I'd spent the day busting my ass.  Deep cleaning an un-airconditioned house in the height of summer is not for sissies, yo.  This East Coast heat and humidity sucks such serious ass that a vacation in Siberia sounds like a super good idea.  I'd rather have my toes amputated from frostbite than spend one more minute sweltering and sweating in this fucking heat, no lie.  Like my friend Moo said the other day (referring to the 564834756% humidity):  "It feels like Satan took a shit on my face."


Long story short, I finished my work, plopped my sweaty ass in my piping hot car (I love YOU more, black leather seats...), felt my ass start frying on contact, and thought happy thoughts while third degree burns formed on my undercarriage.

I bitched and moaned through several stops for road construction, cranked my AC, and listened to songs of female angst as I drove the hour (and a half... thank you, state of New York, for the clusterfuck that is Canton, NY) towards home, and stopped at the store on my way into town to pick up something quick, cold, and easy for dinner.

Cue the Bakery Section of the Price Chopper:

There, sitting on it's very own little table, was a bevy of "homemade" pies.

There were apple and cherry and raspberry and peach and pecan and strawberry rhubarb (which I confess I've never eaten... for some reason I grew up believing that rhubarb is poisonous so I refuse to taste it.  Kind of why I'm leery of mushrooms.  I'm not sure what the odds are of a toadstool appearing in my meal but I'm not taking any chances.  Plus, it's a fungi and I watched an episode of Dirty Jobs that showed how they're grown.  FYI:  In the dark, in manure, and they're watered with urine) and oh Heavenly Bliss... BLUEBERRY PIE.

I snatched one of those suckers up so fast it made a whistling sound on it's way into my cart.

I raced home from the store, full of anticipation about the wedge of pie I would have as a reward for a hard day's work.

I made sandwiches for dinner, with the full intention of eating light so that there would be room for dessert.

The Heavens opened and The Harold Angels sang as I cut two slices of pie and handed one to Dan.


I've always had a weird habit of eating the back crust of the pie first, thus saving the point, which is the best part (shut up... yes it is!!) for last.

I was deeply engrossed in my second bite of crust (flaky!  buttery!  sugary!) when I noticed some slippage in the top crust that was revealing something...

And that's when my gag reflex kicked in full force, because I realized it was mold.


The whole top of the pie, under the crust, was fuzzy and green with mold.

(I couldn't even bring myself to Google it.)

As I retched and gagged and flew to the kitchen with my hand over my mouth, Dan stared down at his plate where he'd eaten all but about two bites of his pie.

He cautiously lifted up the remainder of his crust to reveal what I already knew:

The whole fucking thing was a giant vat of penicillin.

Which I'm allergic to.

Dan:  *silently staring at his plate*