Random Thoughts, In No Particular Order...

How is Mario Batali NOT gay?  That just seems so... unnatural.  I think The Gays need to recruit him and then do something about the orange Crocs and his hair.


In other news, I was UNFOLLOWED on my blog.  Since I only have like 6 followers, I instantly notice when the number goes up or down.

This is the first time it's gone down.

Was it something I said?

Did I commit a hideous faux pas by showing up in the same gown as this particular follower at the Oscars??

One thing I know for sure...

It couldn't POSSIBLY have been something I WROTE. 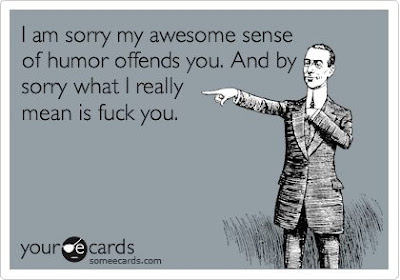 
Very briefly, I feel the need to mention The Donald's hair:

There is so much going on there that I don't even know where to begin.  He almost looks like a Chinese Crested dog.

Last but not least, Dan had a sleep study thingy done last week.  In case you're new here, his snoring is so extreme as to be LEGENDARY.  LE. GEN. DAIR. EEEE.

It finally came to the point where I gently but firmly encouraged him to discuss the issue with his primary care physician.


Me:  "Get something done about this snoring or I'm going to be forced to kill you in your sleep." 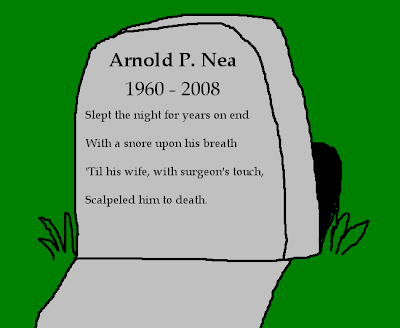 Dan's doctor arranged for him to have some lame-ass in-home sleep study where they attached a wrist thingy that looked like a watch with a little finger attachment, which supposedly gauges the amount of oxygen in your blood to determine if you have sleep apnea.  (Because apparently, we breathe through our fingertips.)

Which he does.  He stops breathing some times for so long that I have to actually weigh the pros of cons of nudging him awake or enjoying the peace and quiet.  (I kid, I kid... *cough*)

He PASSED WITH FLYING COLORS.

Nurse, on the phone with me:  "We have the results of Daniel's sleep study... all his oxygen levels are normal!"

(She said, sounding perky as hell, as if she weren't signing his death warrant.)

Okay, not really.  I did express polite disbelief, may have cried a few tears, and finally convinced her to sign him up for one of those studies where he GOES somewhere and sleeps and THEY have to listen to him freaking snore for EIGHT FUCKING HOURS.


When Dan came home, I informed him of the results and he seemed to have the (incorrect) idea that everything was fine and basically, life would go on as usual.

He was sorely, SORELY mistaken. 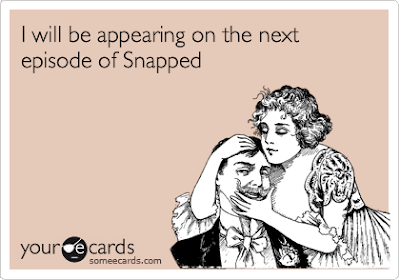 *Sidebar:  In case you're wondering about my ghetto profile pic at the top of my blog, I was feeling kind of bad-ass.  Because, as we all know, there is nothing more bad-ass than a 49 year old white woman in a do-rag.  //flashing my gang signs 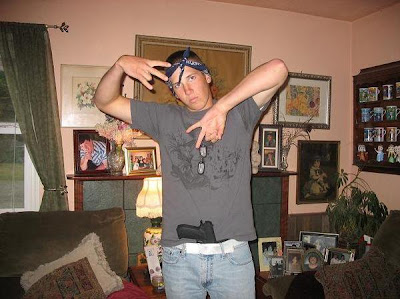 I stole the look and the gang signs from my son, Notorious K.A.C.E.Y.


Maisy is embarrassed for us both. 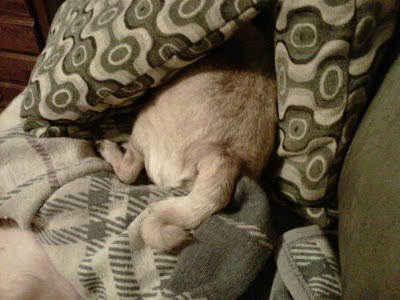