The more you toot, the better you feel... 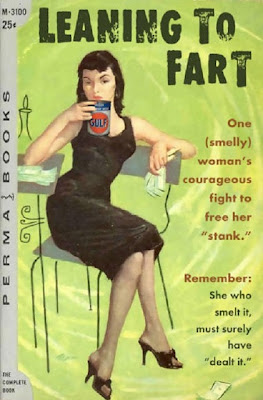 I don't know how to say this delicately, but for the past three weeks I've been passing gas with the regularity of an old, farting Rottweiler.

(I use "Rottweiler" because years ago, I had one.  Her name was Coco and she farted like no man's business, but she wouldn't own it.  She'd blast a shot from her back door, looked startled, whip her head around, stare at her ass, then growl at it.  Then she'd look at us, like, "WTF?  Who fired that shot?  Was it... you?" and then repeat the performance 5 minutes later.  I'm using her as a role model these days for "How To Respond When You Can't Hold In A Fart."  I've been practicing the startled look of confusion followed by the accusatory glance at someone else in front of the mirror.)


The problem, of course, is the High Octane diet I've inadvertantly put myself on.  Do you ever go through phases where you're like, "You know what sounds good?  Bean burritos..." and then you eat them every day for like three weeks?

Anyway, while we were in the process of packing and moving, the quickest and easiest thing I could think of to make myself were bean burritos.  I went all healthy and bought fat free refried beans, natural salsa, whole wheat tortillas, yada yada yada, and would scarf down one or two while I was packing and sorting and cleaning.

When we were done moving, I still had 564856 cans of fat free refried beans and a boatload of whole wheat tortillas.  And lotsa salsa.  And they sounded good.

So I'd spruce 'em up with tomatoes, lettuce, brown rice, whatever, and lunch it up California style, completely ignoring the part where everyone around me would potentially end up paying for my All Beans, All The Time Burrito Extravaganza. 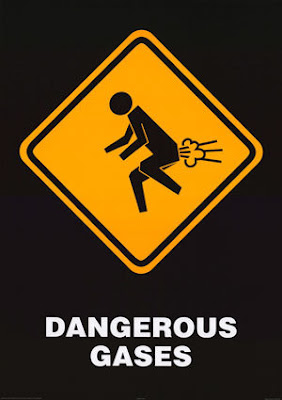 However, recently it's become such an issue that I can't ignore it anymore.

I don't like farting in front of people, including my husband.


I will sit there, hunched over in pain, and mentally try to re-absorb the fart.

I asked him to show me one example of a person who suffered Death By Fart Stifling but he can't seem to come up with anyone.

Loud explosions will turn my intestines into a war zone, but I will sit there and try to talk a little louder, just to camoflage the racket coming from my general direction while looking questionably at any other person in the room, as if to say, "Is that YOU?  How embarrassing... I'll talk louder so that no one will notice.  Because I'm a giver."

When I'm by myself, all bets are off:  all the held-in farts will be released into the wild, while I pray that no one comes back into the room for at least 10 minutes.  (You know how it is when you sneak out a fart when you're by yourself, like when you're waiting for a pelvic exam and your feet are in the stirrups and you know that when the doctor comes in and pushes on your belly, all hell will break loose in her face so you fart while you're waiting by yourself, alone and vulnerable in a badly fitting paper gown, and for some reason, it smells like yesterday's road kill and literally 2 seconds later the doctor comes in and even though no one says anything you both know you just farted.)

(Word:  You ALWAYS have to fart at the gyno.  Always.  It is written.)


Meanwhile, my ability to stifle is fading, probably because of the amount of gas that has built up in my colon (or wherever gas comes from) because of my unfortunate legume habit.  Add the high fiber whole wheat tortilla, the vegetables that I'm dumping into the mix, the fact that I may or may not have eaten an entire half a pound of homegrown grape tomatoes by myself yesterday, and a genetic tendency towards gassiness (thanks, MOTHER), things have come to a head.

When I stand up and walk, silent but deadly farts propel me forward.  More and more often Dan will ask, "WHAT is that smell?" and I will respond, "I don't smell anything... maybe one of the dogs farted" and he's becoming suspicious. 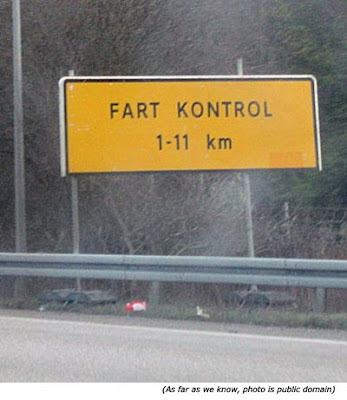 Yesterday, I accompanied Dan to his doctor's appointment and while he was waiting I (naturally) needed to pee.  (I'm a Fart Stifler and a Pee-er.  Winning Combination, yo.)  The second my butt hit the porcelaine, my ass produced a symphony of such volume and clarity that there is no way the lab techs waiting behind the stupid little latched cubby in the wall where you put your pee samples could not have been impressed. 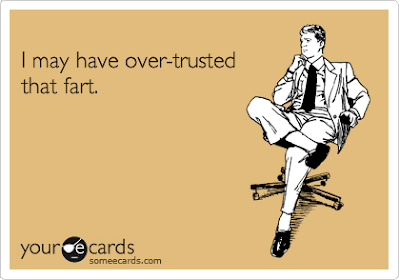 My anononymity was shattered when I emerged from the john, only to be confronted by the curious and amused faces of the lab techs who'd just been treated to my impromptu (and free) performance.

I hate you, nosy lab techs.


The last straw came this morning.  I am babysitting my nieces, both of whom are deaf and can hear very little without the benefit of hearing aids (and even with them, most of their conversations go like this:  Me:  "Girls, could you come here?"  *dead silence*  Me:  *louder*  "GIRLS, CAN YOU COME HERE?"  *dead silence*  Me:  *standing right in front of them and shouting*  "GIRLS!!!  COME HERE!"  Them:  *looking at me as if they've never seen me before*  "Huh?")

Anyway.  They were sitting, sans hearing aids, in the livingroom watching (of all things) The Dick Van Dyke Show.  (Don't get me wrong... I love Dick.  I was just surprised that THEY like it.)  They were totally engrossed in the antics of Rob and Sally and Buddy and Laura as I toodled around them, picking up the cups and napkins from their breakfast.  Not so silently, a little teensy tiny fart bubble eked it's way out and made a slight "POP!"  They both whipped their heads towards me and in unison said, "WHAT was THAT?"


Me:  *because I'm determined to maintain my dignity*  "I didn't fart." 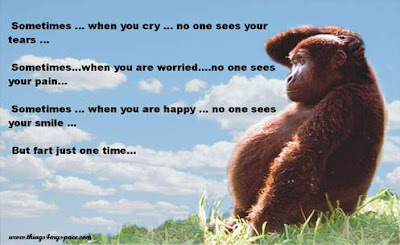 
Who would like to take bets on what the conversational topic will be when Gramma gets home?

Who would like to take bets on the odds that Aunt Dani will lie her ass off?