When Being Awesome Nearly Killed Me

So three days ago, in a misguided decision to cut back on caffeine, I gave up coffee.

It all started when I decided to try eliminating gluten from my life to see if it would help with some health issues I've been ignoring for the past three years.

(Something you may not know about me:  I'm a severe hypochondriac who refuses to go to the doctor because even though I know I'm dying of 57 different types of cancer and other terminal illnesses, I assume that if I don't have it confirmed by a medical professional, it will simply go away.  Everything is a tumor.  Everything.) 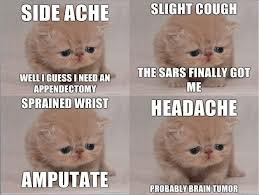 Being an all-or-nothing kind of girl, I de-glutened the entire house, informed Dan he was going on a gluten-free diet and his insidious Subway habit was officially over (take THAT, Jarrod) and began making polenta and gluten-free pasta like it was my freaking job.

Within 24 hours, I became a gluten-free rock star.

So did Dan, completely against his will.

After a few days, I started to feel a lot better.

I also started to feel a little bit self-righteous.

Look how amazing I am, I thought to myself, all gluten-free and shit. 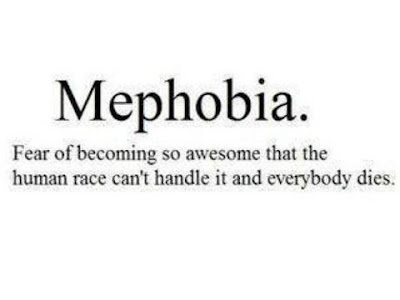 Then I had THIS thought:

You know what would be even awesomer?  To be caffeine AND gluten-free!!!

I can be one of those self-righteous people who says, "Oh, I don't drink coffee... I'll just have a glass of hot water and a lemon to go with my mung bean soup."  And I'll carry my yoga mat everywhere just in case and say, "Namaste."  I'll wear hemp and get dreadlocks.  I'll be all peace-loving and shit.

It was such a great idea.

So I implemented it right away.

Because that's how I roll.

Saturday morning dawned bright and clear, and even though every cell in my body was screaming for coffee, I self-righteously drank a bottle of water.

My determination began waning by noon, when the headache set in and I had no discernible energy what.so.ever.

I can do this.  Because I'm awesome. 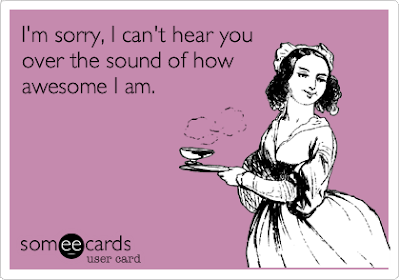 My jaw popped 40,000 times because I couldn't stop yawning.

The only way I could continue being awesome was to go to bed.  Which I did. 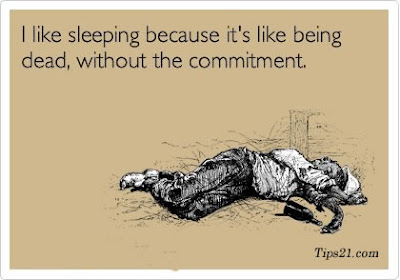 And because Life is such an asshole, I spent the night tossing and turning and waiting for my head to explode because the migraine was that damn bad.

I dragged my sad and sorry decaffeinated ass out of bed at about 10:30 Sunday morning, which is like two hours later than what I normally consider "sleeping in."

Yeah, giving up caffeine is GREAT.  LOOK AT ALL THIS MOTHERFUCKING ENERGY.

I drank yet another  large bottle of water, with which I washed down four Advil and two Tylenol in hopes that I would either die of an overdose or my headache would go away, either of which would be fine.

This is the part where I kicked Awesome to the curb and became a bitch. 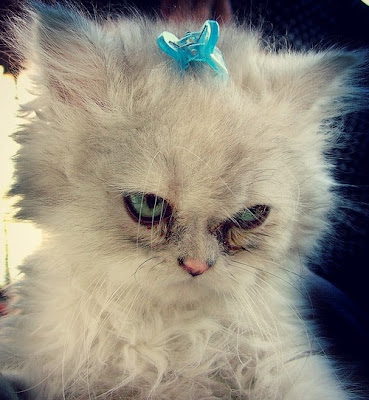 Dan:  "Are you feeling okay?  You look a little tired." 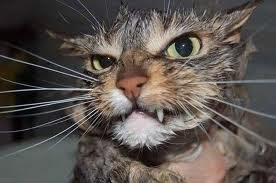 Dan:  "Why don't you go outside and get some fresh air?  That should make you feel better." 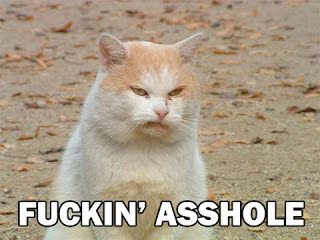 I was so tired yesterday that I couldn't keep my eyes open.

Napping is unheard of for me.  I hate napping.  I always feel worse when I wake up than I did before I dozed off.  I feel hungover, ooky, fuzzy headed, and stupid.  I don't comprehend "power napping" anymore than I get the concept of "cat napping."

What I DO comprehend is "powering down caffeinated beverages."

So when I fell asleep sitting up on the couch at 3:30 in the afternoon, it was not a good sign.

My own snoring woke me up, which was even worse.

And I still had a freaking headache.  And my mood was even more foul.

And since my weekend seemed to be filled with bad decisions, I decided to make an even worse decision:

We ordered pizza for dinner. 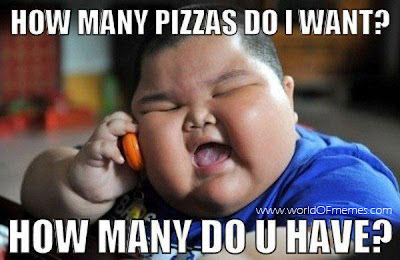 Basically, since I wasn't drinking caffeine, having a gluten-fest for dinner made perfect sense.

"We can start again tomorrow!" we chortled, as we shoved pizza and breadsticks and hot wings down our gluttonous throats.

"Since we're blowing it, we might as well blow it right!" we guffawed, as we reached for another slice of pizza.

"We've earned this!  We've been so good!!" we rationalized, as we opened containers of garlic butter dipping sauce and soaked it up with wheat products.

"Look at all the veggies on my pizza!"  I bellowed.  "This counts as being healthy, right?  Garlic helps lower cholesterol so it makes the butter cholesterol free!"


Oh, how we laughed as we got increasingly fatter!!

Oh, how we regretted it an hour after we ate... 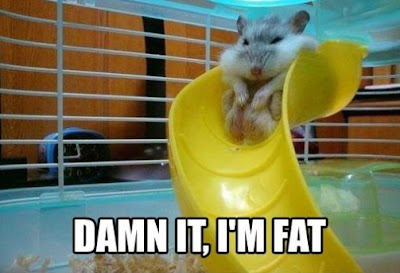 By the time we went to bed, my migraine had reached massive proportions.  My skin itched, my stomach hurt, and don't even get me started on Dan's gas.

I spent a miserable night waiting for death.

Death, per usual, stood me up.  AGAIN.

Which  meant I had to get up this morning and make better choices.


As I stood in the kitchen holding the bottle of Advil that had become not only my breakfast, but also my best friend, my eyes lingered lovingly on my coffee pot.

As though propelled by forces beyond my control, I felt myself being pulled towards it.  Angels sang as I took the coffee out of the cupboard and inhaled the scent of the magic life-enhancing elixer of the Gods.

And then I Tebowed as the sounds of hot coffee filled the pot.

Within an hour after consuming my second cup of coffee, my headache was gone.  I had gluten-free granola for breakfast and a gluten-free lunch of beans, rice, vegetables, and 40 gallons of sriracha sauce.

Being awesome is way overrated.

Coffee is even better than being awesome.