Once again, Karma has made me her bitch.

(Karma is either a woman or a gay man because no heterosexual male in the universe is as clever or diabolical as Karma.  Sorry, guys.  If you'd stop thinking with your peeners and use your brains, you might achieve the level of evil brilliance that women, gay men, and Karma all use against you.  Take notes.)

Ever since my last blog post, where I complained about Dan complaining about being sick, I've been sicker.

Okay, maybe not THAT sick, but close, dammit. 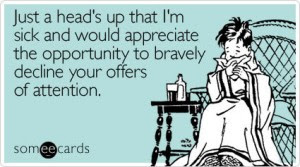 It all started Friday, when my mother arrived from California to spend a few days with me.

Friday morning dawned bright and clear, after a night of no sleep listening to Dan snore, cough, and make a sound that can best be described as gargling snot.  (Sorry so graphic but really... it was that gross.)  My throat started hurting at around 2 a.m. (yes, Joanie, IN THE MORNING) and by 7 I was sniffling, sneezing, coughing, aching, and stuffy-headed.

I called my mother at the B & B where she was staying and hacked into the phone.

Mother:  *suspiciously*  "Are you sick?  Because I don't want to get sick.  If you're sick, stay away from me."

(Because she loves me that much.)

We spent the day touring Amish country (which pretty much describes the entire area surrounding me).  As luck would have it, we didn't see one single Amish person.  Not one.  Nada.  Zip.

I kid you not.

I took her to the Amish Mothership, where all their farms and businesses are lined up neatly along the countryside, promising her with my hand to God that we would see herds of Amish tilling the fields, scampering along the roadside, living and breathing in their natural habitat...

The Amish were not home.

The closest we came to seeing Amish were the houses that they live in, which I pointed out to my mother, who greeted it with much skepticism.

Mother:  *looking at the houses, that look like all other houses*  "Uh huh..."

After I dropped her off at her hotel, the Amish came spilling out in droves.  I passed four buggies on my way home. 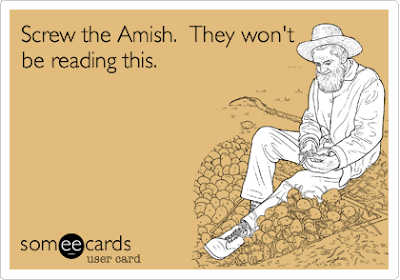 I called my mom to set up our plans for the day and again, we had this conversation:

Saturday was spent touring the North Country with my mother in the backseat, both windows open, head hanging out the window like a golden retriever, frantically avoiding my hideous death germs.

A fabulous time was had by all.

Mother:  "Don't come near me.  I'd rather face the hurricane than your germs." 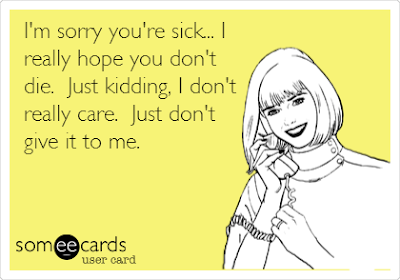 I spent Sunday in a face-plant on the couch, praying for death and that Frankenstorm Sandy wouldn't stop planes from flying out of Syracuse so that I could just die in peace without the judgmental stare of my mother blaming me for trying to kill her with my germs.

Monday my mother braved the elements and my disgustingness to come and sit 10 feet away from me in my living room.  She power-drank Airborne and tea with honey, counting on the antioxidant qualities of both to prevent her from catching my lungcancer/braintumor/whoopingcough/pneumonia/tuberculosis.  As she eyed me warily from across the room, she inquired accusingly as to whether or not I take vitamins.

Mother:  "You need to take extra C, cod liver oil, and use Listerine Breath Strips.  I haven't been sick in years since I started taking that."

Mother, not finding me funny: 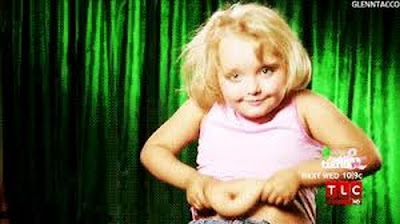 Truthfully, as much as I enjoyed seeing my mom, all I wanted to do was sit on the couch in my yoga pants, drink hot tea with honey, sip NyQuil through a straw, and watch crap tv.

Because I felt that shitty.

Meanwhile, you're probably wondering:  Where's Dan??  Why isn't he figuring prominently in this blog, waiting on you hand and foot in your hour(s) of need?

Dan is in Las Vegas.

I'll give you a minute to digest that.

Here's the timeline, to help you out:

Dan gets sick.  He commences dying.

Dan lies around and whines endlessly about how horrible he feels.  He writes his will.  It's all very sad.   Even though I'm sick, too, he is so much sicker that my sickness goes unnoticed. I wear black and practice being a widow.

I may or may not contemplate putting him out of my his misery.

Dan is miraculously heeled and leaves for Vegas, conveniently on the same day that my mother flies back to California.

My yucky flu takes a turn for the worse.

I have no energy.

I spike a fever.

Dan arrives in Vegas in record time and calls me from the hotel.

Dan:  *not really sounding interested*  "What's wrong with you?"

(Yes, he actually said that.) 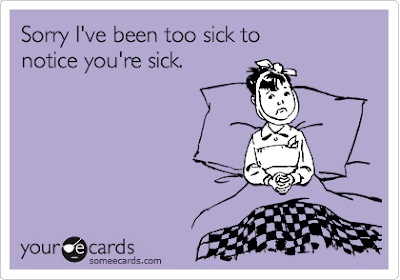 I spent last night coughing up a lung and surfing WebMD.  As it turns out, I have Black Lung Disease.  Or possibly Typhoid.  Either way, it's dire.

I want Misty, from Misty's Laws to prosecute Dan to the fullest extent of the law for making me deathly ill.  I think the death penalty would be fitting in this case.

I want Jen, from "Jen" e sais quoi to write something clever and witty for my headstone, like "That'll do, pig... that'll do."  (Only not that.  Something not involving the word "pig.")

I want Mandi from Atypically Relevant to write my eulogy.  I want it liberally sprinkled with words like "douchebaggery" and "fuckery" and something about "sand in her vagina."

I will go kicking and screaming into that good night.

And wearing ratty underpants and no bra.

I'll see you all on the Other Side...