The One Where I'm Almost 50 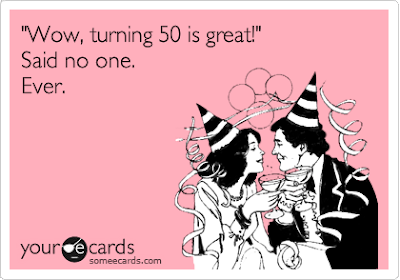 In case you were wondering, I'm still alive.  For now.

I've just been really preoccupied with the fact that in just nine short days, I will be half. a century. old.

That's, like, way the hell older than I ever thought I'd be.

Even last year when I turned 49, it never occurred to me that I'd be turning 50 on my next birthday. I mean, it would be the logical conclusion... As a reasonably intelligent woman who can count past 49, I did know that the next number would be 50.  I've counted to 50 before.  Also, in the past, my birthdays have come in chronological order, so it's not like it would be reasonable to assume that this one wouldn't...

I joked about it and stuff, making references to the fact that I'd be dead soon because I'm going to be so flippin' old on my birthday, but it's not like I actually believed it.

Consequently, I feel like I need more time to get used to the idea.  Like, maybe 10 more years or so.  I didn't have enough warning.  I'm not prepared.  I have so much shit to do before I'm ready to turn 50.

Okay, this might come as a shock to you but I may or may not be a little vain.  Not obnoxiously vain, like I'm always worried about how I look... More like, vain in the sense that I take it for granted that I look youthful and in no way, shape, or form anywhere close to 50.

I'm beginning to think that my mirror is a lying ASS.

Not that long ago (like, two months ago, even) when people would hear I had children in their 20s, they would gasp in shock and say, "No way!!  You can't be old enough to have kids in their 20s!"

Recently (and I can't even begin to tell you how much it pains me to even write this down because it may have possibly been the worst moment of my life) I was talking to someone and mentioned that I had three sons.  The person asked their ages and I responded, "26, 24 and 23."

There was no gasp.

There was no look of surprise.

There was no utterance of amazement that such a fresh young thing such as myself could have children almost as old as I am.

"Oh, how nice!  Do you have any grandchildren?"

(It's slightly possible that I looked over my shoulder at this point to see if they were talking to someone else... Someone much, much older than I am.  They weren't.) 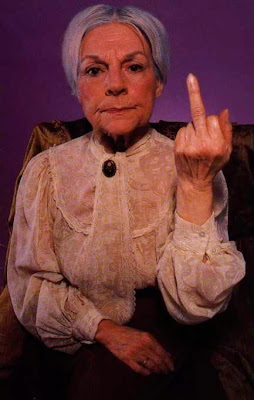 I started getting philosophical and nostalgic one night last weekend (alcohol may have been involved) and was musing about all the amazing things that have happened in my lifetime.

I said things like, "The world is a completely different place than it was 50 years ago.  Man walked on the moon..."

I couldn't think of anything else.

Because I'm old as fuck and becoming senile.

Anyway, so while my brain is having difficulty believing that I am, indeed, at the very least middle-aged, my body is having no problem believing it at all.

My body is like, "Oh, praise Jesus... we can finally take this Spanx off and officially fall apart."

Gray hair began growing from my hairline so fast that overnight, I went from looking like a woman with shiny brunette locks to Pepe LePew.

Hairs started leaping from my chin in a single bound, sprouting up to three inches in just a matter of hours.  (Possibly even minutes.)

I began waking up every night sweating like a pig.

And without warning, the hot flashes arrived.

And in less than one week's time, I grew a second chin and my boobs hit the floor.

Then I developed a slight tic in my left eye.

And I started my period.

"WHAT THE FUUUUCK???" I screamed at a box of tampons, "WHAT THE FUCK IS THIS SHIT??? I CANNOT HAVE A BEARD, A MUSTACHE, GRAY HAIR, SAGGING TITS, HOT FLASHES, NIGHT SWEATS, AND MY PERIOD!!! "

(Karma, however, came through like a champ and delivered unto me a zit on my right cheek.)

(I'm especially looking forward to the part where my teeth loosen and my gums recede.  Can I get that first, please?) 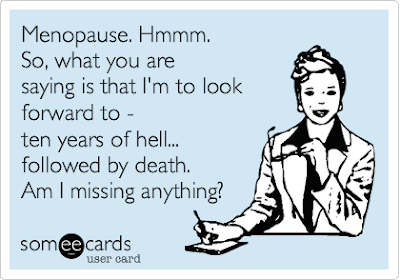 So yeah... long story short, if you want to send me something for my birthday, this is all I want: 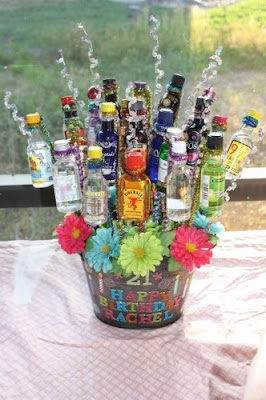