The one where I'm not thankful

I seem to have forgotten to blog all last week... what the hell?  It couldn't possibly have had anything to do with me coming down with the flu, Thanksgiving, having to babysit the nieces and nephew ALL WEEK (since when do kids need a week off for Thanksgiving????  When I was a kid, we only had Thursday off.  Up hill.  Both ways.  In the snow.  Bitches.  Okay, there was no snow, because I grew up in California, but you get my drift.  Kids these days don't know what it's like to suffer) I basically lost all my ability to think about anything other than homicide.  I also quit doing the whole "30 Days of Thankfulness" thing because let's face it, I wasn't.

Today, however, as they've all gone back to school, I am thankful that I didn't kill anybody last week.  Because going to prison would totally suck.  The thought of peeing in front of strangers on a stainless steel potty in the middle of the room is the only reason some people are still alive.  Truest fucking story ever.

Also?  I'm pretty sure you don't get vodka in prison.

Spending a week watching my 15 year old nephew killed every ounce of originality and joy I've ever had in me, no lie.  (Every time he opens his mouth, a kitten dies and a unicorn loses it's wings.)  You'd think a 15 year old wouldn't need a babysitter, am I right?  Well, in this case?  You'd be wrong.  It isn't that he'd get into trouble or do anything horrible (I think...) it's more that left to his own devices?  He would have no idea what to do.

So rather than coming up with something productive, he'd spend the day sitting in the living room watching Lizard Lick Towing (don't even ask because I honestly have no idea) and a variety of shows that I refer to as Stupid Hillbillies With Big Trucks And No Brains trying to remember the proper breathing sequence.  (Is it out and in?  In and out?  Exhale exhale inhale?  Inhale and hold it indefinitely?  Remember the joke about the blonde who went to the beauty parlor wearing a head set and the beautician asked her to remove it and the blonde said she couldn't, because if she did, she'd die?  So the beautician finally convinces her that she needs to take it off in order to get her hair cut and sure enough, a few minutes later, the blonde dies.  So the beautician puts on the headset to see what it is and she hears a voice saying, "Breathe in... breathe out... breathe in... breathe out..."  My nephew needs one of those.)  He'd eat nothing but cereal, drink nothing but soda, and it would never occur to him to let the dog out or feed his sisters.

(Actually, what would really happen is that his two developmentally disabled sisters would wind up taking care of him.)

And her flu virus.

And her bottle of vodka. 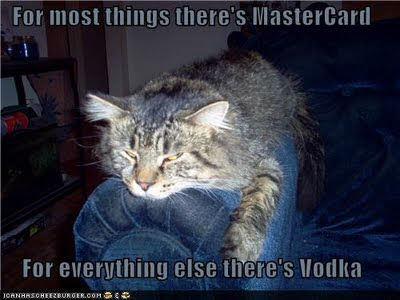 I made a deal with my friend Lindsay that we would not drink vodka until Christmas Eve.  I'm almost ashamed to admit it was my idea.

I know, right?  What the fuck was I thinking??


Okay, here's what I was thinking  (please note that it's mostly Lindsay's fault.):  Lindsay pointed out that when she drinks vodka, her weight goes up.  (We're using the word "vodka" because pretty much, that's all we drink.  But I'm sure it holds true for other alcohols as well.  Not that I would know, because I don't drink other alcohols, due to the fact that they taste yucky.  However, if I go long enough without vodka, I may find it in my heart to give some of the yucky alcohols a try.  Because that would totally not be cheating.)

Coincidentally, my weight has also been going up, as has my vodka consumption.  (Sometimes it's the only thing that keeps my nephew alive.  True story.)  So due to the fact that I have no desire to outweigh Santa on Christmas Eve, I was all, "Hey... I know!  Let's not drink vodka until Christmas Eve!"  And since I hate to do anything alone, especially something that isn't particularly fun, I roped Lindsay into it with me.  (Plus, if she drinks vodka before Christmas Eve, that means I can, too.  It is written.  That's why you always do these things with friends... you get to blame your failure on them.  I love you, gurrrl!!) 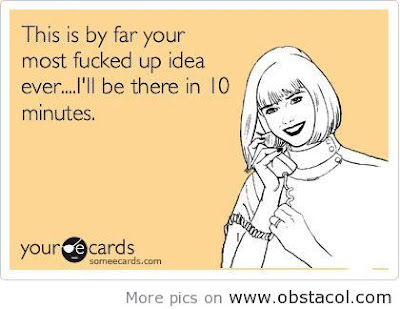 If perchance you think that maybe I'm being a little too hard on the nephew and unfairly blaming my vodka consumption (and consequent weight gain... thank you, Dorkin) think again.

(I call the nephew Dorkin.  It's not actually his name, but it totally should be.  I started with Derk, went to Dork, and then Lindsay suggested Dorkin, because it's more formal and sounds better.  Did I ever mention that Lindsay has the best ideas?)

This is just one conversation I had with Dorkin last week (prepare to be amazed):


Me, to my 9 year old niece after she finished schooling me on Squanto:  "Where did the Pilgrims land when they arrived in America?"

(Which is fine.  She's 9 and developmentally disabled.  Personally, she knows wayyyyy the hell more about Squanto than I ever have.  For real.)

Dorkin:  "Well, I know the name of the three ships they came over on."

Dorkin:  "The Pinta, the Nina, and the Santa Maria."


You have no idea how much I wish I was kidding.

I thought he'd peeked when he informed me that his friend raises black widows to help make Kevlar.  I was sooo incredibly wrong.  (Refer to blog link above.)


Moving right along, did I mention I have the flu?

I'm not usually a drama queen, because we're kind of at over-capacity here in the drama queen department and I need to wait for someone to die before there's an opening, but damned if I don't feel horrible.

I'm almost positive that this is what Death feels like, when you're going to Hell.  No bright light, no friends and family waving you in, no St. Peter standing at the Pearly Gates... just you, your narly-ass breath, and some shlub that kicks puppies for a living waiting to take you downstairs.

I usually get a flu shot.  In fact, five years in a row I not only got the flu shot, but I also got the flu. (ROCKSTAR!!)  I even got the H1N1 vaccine and immediately came down with the Swine Flu.  (I had to sit in the ER wearing a face mask so that I wouldn't infect other people with my disgusting pig germs.  Thank you, flu shot, FOR NOTHING.)   Anyway, I figured that since I get the flu shot every single year and also the flu, why not remove one step in that equation and see what happens?  Since I can't remove the flu virus, I decided to go with "not get flu shot," assuming that maybe it's actually the flu VACCINE  that gives me the flu.

Imagine my surprise when I came down with the flu and discovered I was... wrong.


Apparently, it was the FLU that was giving me the flu.


Curses!!  Hoisted by my own petard.  (As it were.  Okay, I have no idea what a petard is, but I'm pretty sure Shakespeare said it, which means it's an actual thing.  Off to Google "petard"...)


Petard:  A petard was a small bomb used to blow up gates and walls when breaching fortifications. The term has a French origin and dates back to the sixteenth century.

Which I can't have.  Because of Lindsay.

The bright spot of my week happened the day after Thanksgiving.

I woke up to snow.


I couldn't wait to get up and go outside and catch snowflakes on my tongue.

Because I'm a dork.

Unfortunately, I still haven't quite figured out dressing myself for snow.

My idea of dressing warmly:

More clothes than that.


I froze my ass off.


But did I learn from it?

Day 4 of Snow and I still have no idea where my winter coat is.

Long story short (or is it too late for that?), I barely survived the week.

Which is why, apparently, I forgot to blog.

Oh, and also?  I may or may not have gained 10 lbs.  Because even though I had no appetite and couldn't taste my food, I kept eating it just in case. 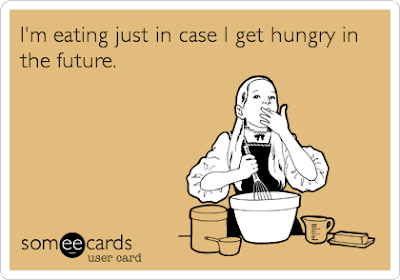 You never can be too careful.