*Author's note:  I become vaguely serious in this blog posting.  I apologize in advance.  I'll try not to let it happen again. 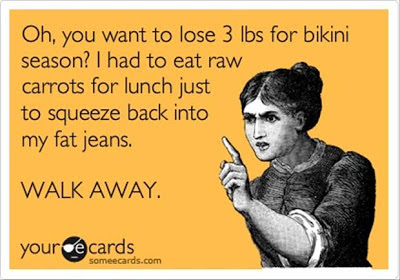 I woke up this morning roughly sixteen times fatter than I was yesterday.  No lie.  I don't know how it happened... Last night I went to bed, just regularly fat, and this morning I woke up so fat that I practically needed a fork lift to get me out of bed.

(My biggest fear in life is the death scene in What's Eating Gilbert Grape, when their 500 lb mother dies and they burn the house down rather than have her dead body hoisted out of the house on a crane.  I was so horrified when I saw that movie that I mentally added a clause to my as-yet unwritten will:  "Upon death, burn house down around me rather than tear down a wall of the house to remove my enormous carcass.")

It's not the first time this has happened, either (sudden Fat Days,  not wall removal to extricate me from a house)... It's a strange phenomenon that occurs every once in a while, like when the earth is slightly tilted on it's axis or pigs fly or some other freak event.

(If this has never happened to you then I don't want to know you.)

I knew a Fat Day had arrived when I woke up at 4:30 a.m. (in the morning, Joanie) to pee.  I heaved myself out of bed, feeling bloated and out of sorts.  The gianormous t-shirt that I wear to as a nighty felt tight and constrictive.  My underpants were cutting me in half and my skin was so snug that it felt like sausage casing.  I waddled to the bathroom, each step echoing through the house like the sound of dinosaurs arriving in Jurassic Park, causing me to fear that I would go plummeting through the floor and wind up wedged like Winnie the Pooh in the Honey Tree, my fat little upper body protruding through the floor boards, where I would stay until summer, or at least until I was thin enough to be shoved through by Rabbit, Piglet, Kanga and Roo.

And Eeyore.  I'd probably need Eeyore, too.

Because I had suddenly became that fucking fat.

I don't know what it is about Fat Days.  They can happen in the blink of an eye, without a moment's notice.

I'm going to take a little detour into Seriousville (sorry... I won't take long) and look back at my Fat Days through the years.  (Not each individual day... we don't have time for that.)

I was never a fat kid, but I was raised to believe I was.  When I look back at pictures of myself as a child, I was a normal sized little girl.  I had a brief chubby stint in 4th grade that is immortalized forever in a hideous photograph of me wearing the most unflattering bathing suit ever made, ever, standing at the swimming hole at Bedrock Park in Oroville, California... giant toothy grin on my face, flecks of fool's gold making me sparkle and shine (the water at Bedrock Park actually looked like liquid gold because of all the pyrite floating on the surface), belly protruding like I'd just downed a pony keg, fat little knees attached to fat little thighs...

I hate that picture.

And naturally, my mother loves it so much that she had it blown up and framed.

(Upon her death, that picture will be destroyed before the morgue is called.  My sister and I have a deal.)

She's also the person who put me in that horrible bathing suit to begin with.  It was pink, puckered, and emphasized every single fat roll on my vulnerable and insecure little body.

And so it went.  My mother had me on a diet from the age of 8 through high school... even the summer I weighed 80 lbs and lived primarily on hard boiled eggs and air.  And I would climb on the scale every morning, frantically praying that I weighed 79 lbs instead of 80 because if I could only get below 80 lbs, I would be perfect.

When I weighed 79 lbs, the school counselor called my mother and asked her if she'd noticed her daughter had a slight eating disorder.

Not that I blame them, really... my mother's head is just as screwed up as mine is regarding weight.  Even at 70 she still thinks if she could get down to 105 she'd be just fine.  In reality, she weighs around 145 and looks great.  (Though she could use a fashion consultant.  And a lip wax.  Desperately.)  In her mind, she's morbidly obese.

It's probably a good thing I don't have daughters.

So anyway, Fat Days are as much a part of my DNA as my hazel eyes, short legs, and adorable little button nose.  (My nose is seriously cute.  It gives me comfort on Fat Days.  I'm all, "Yeah, I'm fat, but check out my nose.")  Fat Days are the reason God made yoga pants.  Fat Days are why I love winter: because I can hide behind a long, bulky sweater.  Fat Days are why God invented vodka.

I rolled downstairs this morning wondering if my chubby little legs would be able to hold me up, made coffee (I love my Keurig) and shuffled off to the couch to sip the Nectar of the Gods and contemplate life.

I needed another thought.

Then a little voice came out of nowhere (my ass, maybe?) and said, "Dude... you're smart, you're funny, and gosh darnit, people like you."

So I answered, "Riiiight... but isn't being a funny fat person kind of a cliche?  You know how I feel about cliches."

Then the little voice said, "True dat, yo... but you're a sacastic, somewhat snotty bitch often enough that no one would ever actually call you jolly.  Because "jolly" would totally be the kiss of death."

Me:  "I know, right?  The kiss of death... for them.  Because I'd kill the motherfucker that called me jolly."

(What?  You don't have long conversations with the little voice coming out of your ass?)

Long story short, after much contemplation, I came to a conclusion:

The best cure for a Fat Day is good hair, killer make-up, and a trip to the liquor store at some point during the day.

(True story:  I was running errands with my 9 year old niece, who is mentally disabled.  I made a quick stop at the liquor store to pick up some vodka and she looked up from the backseat, where she was absorbed in her Leapster game, and said in a bored voice, "Are we at the vodka store?"  My shame was palpable.)

And at least once today, I'm going to feel good about myself.  No matter what.  Even if it's just to put a sparkly new nose ring into my fabulous nose.  Because I'm worth it.