Come and live in my brain... 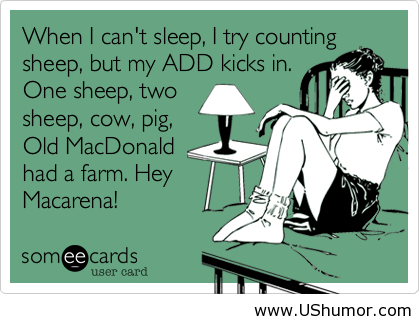 Lawd I wish I could sleep!  Given the choice between sleep and almost anything else, I would choose sleep.  The thought of being able to fall asleep quickly, peacefully and easily makes me almost giddy with desire.  Having my brain actually shut. the fuck. UP. when I go to bed at night causes my eyes to mist up with longing and my arms ache to embrace the wooly curves of a fence-jumping sheep (but in a totally non-sexual way.  More like in a "Take me with you to Slumber Town" way).

And then I have the same feeling I used to get as an annoyingly skeptical child when I would try to convince myself that a fat man in a red suit actually came down my chimney on Christmas Eve and left  unwrapped gifts under my tree...

Nope.  Not possible.  Pleasant to contemplate but it ain't happening.

(Except I never said "ain't."  Ever.  I'm pretty sure my mother would have shot me dead should the word "ain't" ever have dared to pass my lips.  Even as an adult when I'm being all ghetto and cool and shit I can't bring myself to say "ain't."  I write it... sometimes... and then I feel compelled to explain that I never actually say it, mostly because in my mind?  It would be like swearing in a house of worship.  Can't do it.  Would burn in Hell if I did.  Because my other sins pale in comparison to using a slang contraction of is and not.)

(FYI?  This is why I don't sleep at night.  I can't hold a single train of thought for longer than 8 seconds.  My brain would never win a bull riding contest because it couldn't hang on that long.)

Last night, as I was slowly climbing up the stairs to go to bed, I was soooooo tiiiiiiired that I couldn't keep my eyes open.  I dragged my exhausted body onto the bed and barely had the energy to pull up the covers.  I laid my weary head upon the pillow and BOINGGGG!   Wakefulness attacked me like a rabid dog.

As if my mind had been planning it all day the theme song to Three's Company popped into my head.

Just.... WHAT?  Where the hell did THAT come from?

And Janet's hair.  And her clothes.

Which led to an exhausting half hour trying to remember Janet's last name.  I had Jack Tripper, Chrissy Snow, Stanley and Helen Roper, Ralph Furley...

Come and knock on our dooooor...
We've been waiting for youuuuuu...
Where the kisses are HERS and HERS and HIS
Three's Company tooooooo! 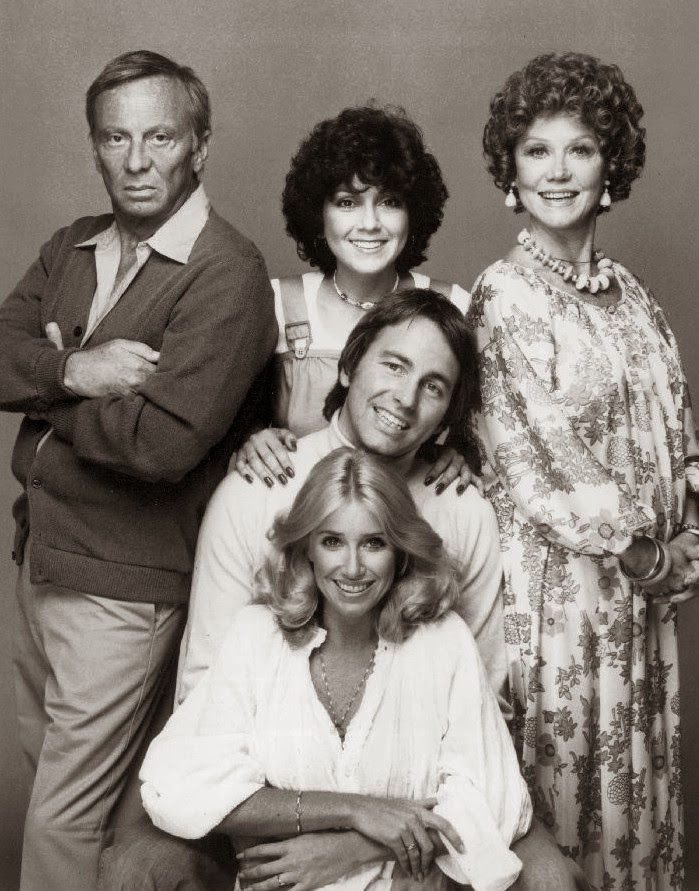 *Author's note:  If you Google image search Three's Company, about half way down the page your eyes will suddenly be assaulted by a fairly graphic photo of a man with a rather large willy getting ready to lay some pipe on two very naked women.  FYI.  And if you're like me and sleep-addled, the first thing you will think is, "The fuck episode was that?"


So after the whole Three's Company debacle (not that the damn song ever left my brain... it just provided the background music for the remainder of the night) I thought I would try meditation.  You know, clearing my mind, thinking of nothing, just breathing and being.

Here's what happens when I breathe and be:

I become hyper-focused on my breathing.

Then I become dizzy and woozy because I hyper-ventilate.

Then I decide I'm having a heart attack.

Or a brain tumor.

All to the tune of Three's Company.


I know!  I'll make lists in my head!  I hate lists!  Lists bore me stupid!  I'll bore myself so badly with list making that I will stop thinking and I will fall asleep!!!!

Groceries!  I hate grocery shopping!!!  What do I need?

Toilet paper?  You can never have too much toilet paper.
Dog food
Shit.  There was something else...
VODKA.  I need VODKA.
Tonic water
Oooh!  Cinco de Mayo!  Tequila!

What the hell is the date today?  Or is it already tomorrow?  What time is it?

Should I just get up already and go downstairs?  I've been in bed for four hours and all I've accomplished is remembering all the words to that damn song.

What the FUCK was Janet's last name?

I hated those girls who replaced Chrissy.  And what was up with that girl they hired to play Jack's wife or fiancé or whatever?

People in the 60s were wayyyyy too easily entertained.

The Darlings.  That was their name.

What is up with all those redneck shows on the Discovery channel lately?  It's like rednecks are the new Jersey in so-called reality television.

Naked And Afraid... bwaaaaahahahahaaaaa!  I keep forgetting to watch that.  Where do they poop?

I hate it when men have perfectly plucked and shaped eyebrows.  I don't care HOW gay you are, it looks ridiculous.  Don't do it.  Unless your goal is to look like a drag queen, in which case?  Rock on.

I wish I had their eyebrows.

Even if I fall asleep right this second I will only get 2 1/2 hours of sleep.

Wait... did I just fall asleep?

And then I do that thing where I wonder what it'll be like to die.

And then I think, "At least I'll get some friggin' rest." 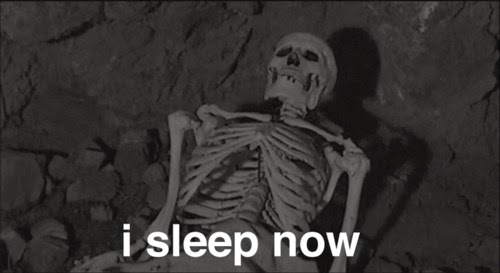