The One With All The Crotch Grabbing

Yesterday was a gorgeous sunny day in northern New York, where I have the misfortune to be living.  (No, really... it's ugly as snot here right now.  I'm all, "This is spring?  Where are the flowers?  Where is the sun?  Where are the leaves on the freaking trees?  Pull your head out of your ass, New York... this isn't spring.  This is Winter:  The Sequel.")   Even though it was sunny it was still cold as the coldest day in a frozen over Hell so imagine my surprise when I saw locals toodling around the neighborhoods in shorts and t-shirts apparently fooled into believing that sun = warmth.   (Which it totally doesn't.  Not here, anyway.  I suffered from California Brain for the first two years I lived here, lulled into a false sense of joy every time the sun shone.  I would traipse outside in my flip-flops and summery clothes and then be bitch-slapped back into reality by a Polar bear demanding that we give him back his vortex.)

Meanwhile, back to the summer weather be-frocked locals:

I was driving home from the dentist and having to take all the back roads because naturally, the entire county is currently under construction and will remain so until the next snow fall.  I was slowly cruising down a neighborhood street when I noticed a man walking his dog.  Awwwwwww, I thought to myself, cuuute doggy!

And that's when doggy's owner besmirched the charming tableau by casually grabbing his crotch.

How lovely, I thought.  Was he afraid it  had fallen off when he stepped off the curb to cross the street?   Does he think he's invisible and no one can see his hand gripping the front of his shorts?

I shook my head and continued on my journey, hoping the man's penis and testes were exactly where he had seen them last.

And then I started noticing something...

Almost every man I saw out and about that day were randomly checking their crotches.  I witnessed crotch checks at the pharmacy,  the post office, and while dog walking.  I saw crotch checks on road side work crews,  in the grocery store, and then, finally, in the living room of my home.

And that is when I snapped.

"Get your freaking hand out of your pants!" I screamed at my husband.  "It's not going anywhere!"

How many "things" are there, for Jesus's own sweet sake?  I can only think of three.  How much disarray can possibly occur while the "things" are safely (you would assume) housed in the pouch of your underwear?

As it turns out, the "things" are constantly having a party down there and occasionally go rogue.

Who knew?  My lady bizness stays calmly in place 24/7.  It's always where I left it, always doing what it's supposed to do, always reliable.  When I need my girl parts, there they are.  I don't need to go looking for them, I don't need to check to make sure they are still there.  I don't have feelings of angst when I'm walking down the street that causes me to randomly shove my hand down my pants to investigate their whereabouts.  I don't need a GPS to locate them and I don't spend any time at all worrying about them.  I don't feel the need to buy them a cellphone so I can keep tabs on them.

As it would seem, not so much.  Those bad boys are, according to my husband, the juvenile delinquents of the body.  They are never where they are supposed to be or doing what they are supposed to do.  The can sneak out the window at night and knock up the neighbor.  They are always out carousing, getting drunk, hitting on strangers, and looking for mischief.  They need constant supervision and can't be trusted alone for one. single. second.

I'm not sure what else goes on down there but it can't be good.  My 17 year old nephew is constantly kicking one of his legs out when he walks, apparently trying to shake things loose.  (I can't even begin to tell you how irritating that is.)  Or while he's in the middle of a conversation he will suddenly do a little bended-knee jiggle while shifting from one leg to the other and yanking on the front of his pants.  (Nails on a chalkboard, people.  Nails. On. A. Chalkboard.)

The husband will reach down and get a look on his face like he's about to give birth, grab around for a second and then act like nothing happened.  (Yeah.  So sexy.)  I have inadvertently walked in on my father in law while he's hiding in the kitchen with his belt unbuckled adjusting himself.  (GAHHHH!!!!!!!!!!!!!  MY EYES!!!!  MY EYESSSSS!!!)

And yet?  I have never seen a woman (except for you, Miley Cyrus) seemingly as obsessed with clutching her vagina.  (And maybe Madonna.)

As I researched this subject, I came to the conclusion that baseball players and rock stars seem to have the most unruly members.  I mean, don't get me wrong:  Men in general cannot keep their hands off the front of their pants.  It's not news that the male species truly believes that the center of the universe is a giant penis and they are all worshiping at it's altar.  (They also share the rather humorous belief that women all worship at the same altar and that we spend as much time as they do thinking about peeners.  Newsflash:  We don't really care what's in your pants.  We are not impressed by your selfies of the size of your junk.  We do, however, laugh about it with our friends... and if you send one of my single girlfriends a picture of your package?  She will immediately forward it to me and the rest of her friends.  And we will laughhh and laughhhh and laughhhh...  Now you know.)

So back to baseball players.

I need to know why they do this.  Are they concerned that their balls will fly out of their pants and inadvertently get slammed into the outfield?  Are they going to roll down their pant leg and get stepped on by a cleated foot?  Will their balls make it to first before they do?  Or will they get clobbered by the catcher at home plate? 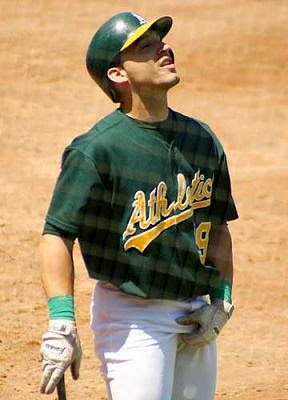 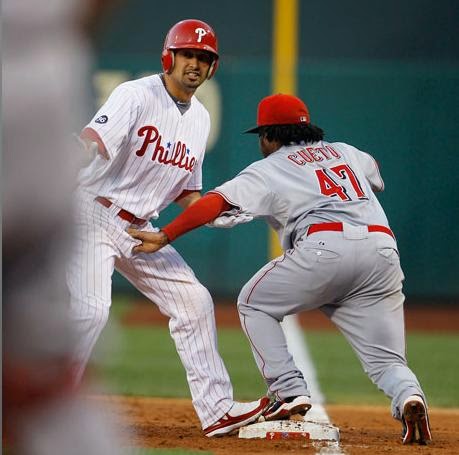 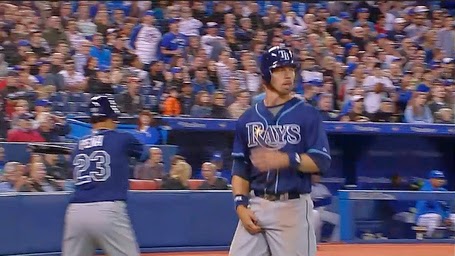 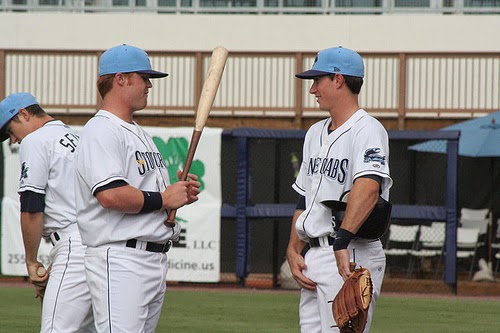 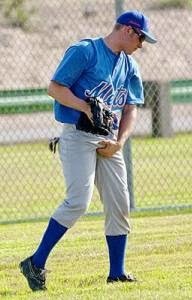 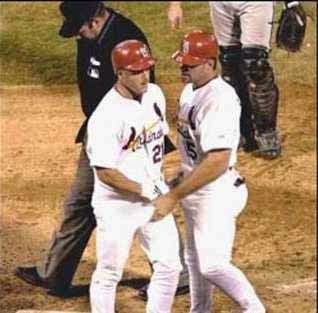 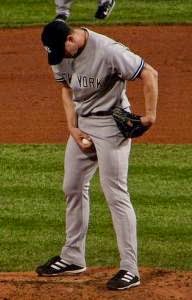 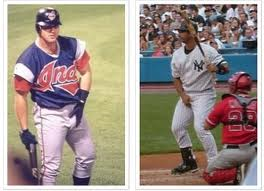 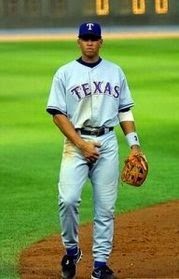 I'm sorry, but I think the whole pine tar debacle that the Yankees are currently claiming such deep shock and embarrassment over pales in comparison to the severe crotch grabbing epidemic that seems to be plaguing the game.   What's more embarrassing, MLB?  A cheating player who is only being suspended because he was stupid enough to make it too obvious for officials to turn the other cheek?  Or an entire league with rowdy penises?  Peni.  Peeners?  Wenises.  Peens.  Whatever.  The thought of all those sports parts getting loose during a game is definitely a cause for concern.

HOWEVER!  In the deepest, darkest regions of cyber space I encountered the most unruly penis of all.... 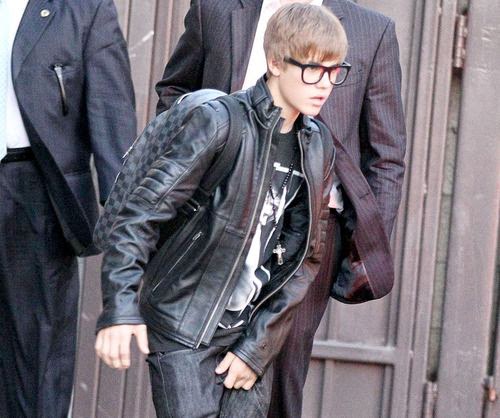 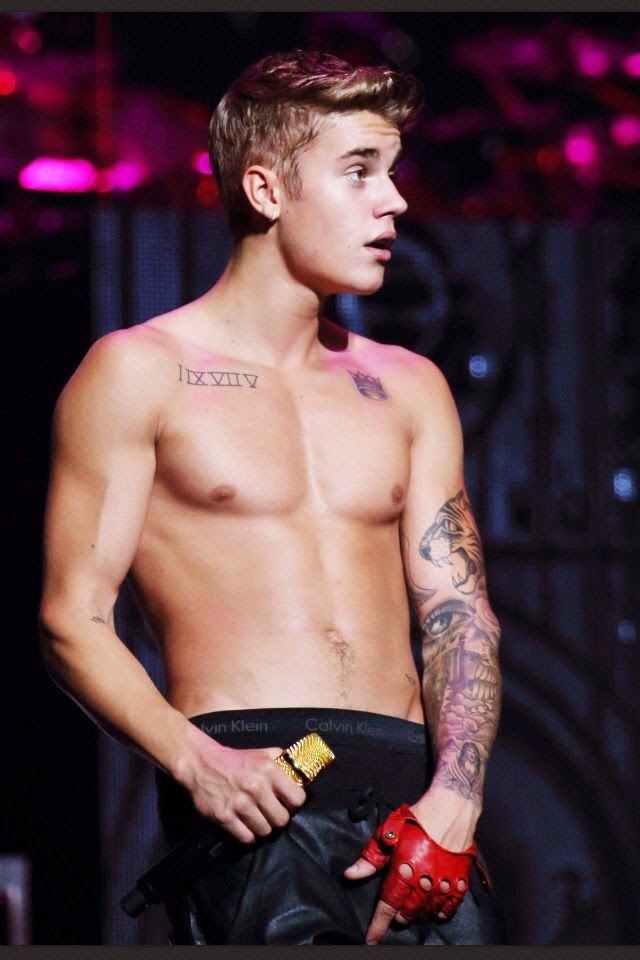 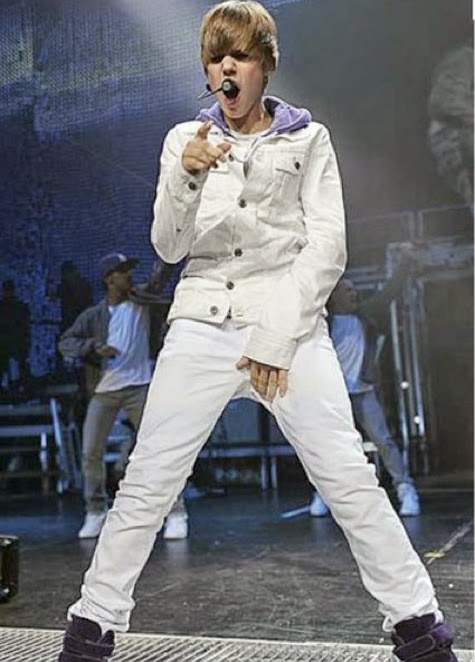 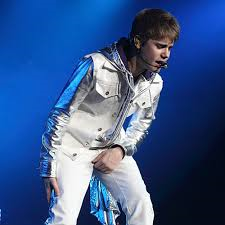 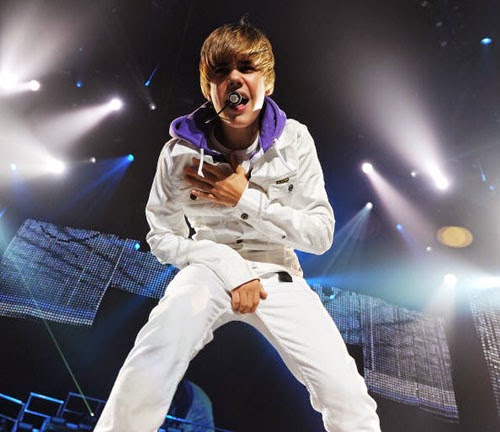 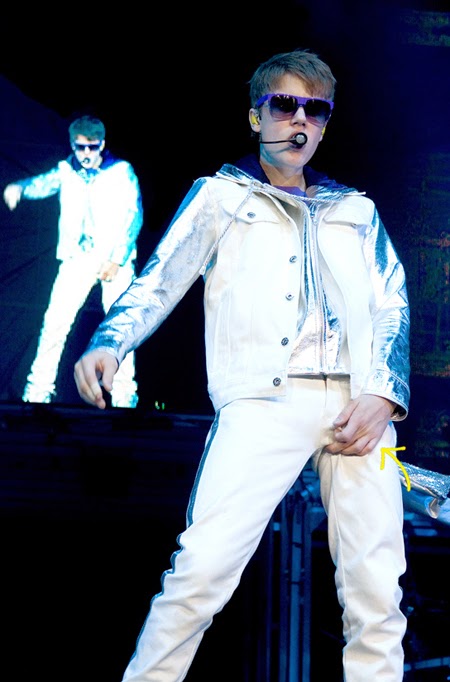 What would happen if he let go?  Would it run screaming off the stage and be hunted down by tweenagers and gay men?  Would it go back to Canada, where it belongs?  Is it even there?  For the love of GOD, Justin... DON'T LET GO!