Always something there to remind me... 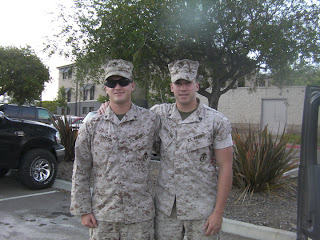 To most of us, the memory, images, sounds, and horror of 9/11 are still as fresh in our minds 10 years later as they were the day that it all unfolded. If you ask most people today what they were doing, thinking, eating, drinking, wearing on that day in 2001, they can tell you without hesitation. There is almost instant recall: Feeling the horror, the disbelief, the shock, the fear... it comes back in waves as we remember precisely that day, that moment, that our world as we knew it, loved it, and were comfortable with it, changed forever. 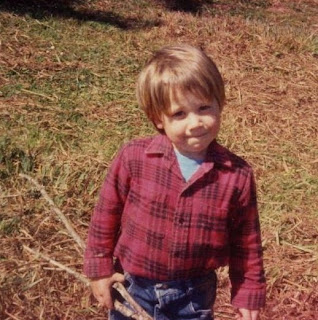 I remember vividly the day that George W. Bush declared "The War On Terror." I had a feeling of dread; as I looked at my three teen-age boys I knew... I knew... that one of my precious babies would eventually be in that war.
When my middle son, Kacey, asked to enlist in the Marine Corps, I said no. NO. I was firm. I was definite. Your life is worth more than oil, I told him. Your life is worth more than everyone else's who is over there dying because of this war. I will shoot you in the foot myself, I told him, before I will let you go to war.
He went. 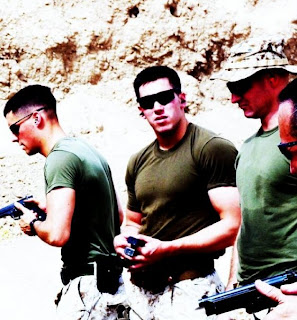 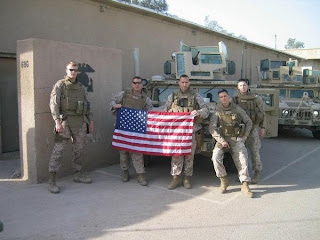 A year later, my baby, my monster, my Brennan, asked me to sign the paperwork for early enlistment, because he would still only be 17 when he graduated from high school. Oh HELLL to the no, I roared. No, no, no, no, no, no, no. NO. I screamed at recruiters. I was rude to them. I threatened them with bodily harm. I gained a reputation at the local recruitment office as A Liberal Who Hates the President. I sat in meetings with Marines, my son, and my ex-husband, with a scowl on my face, a grim look in my eye, and murder in my heart if they thought for one damn second they were going to ship my youngest child off to war.
The day Brennan arrived at bootcamp his recruiter knocked on my door and let me know he had arrived safely. I refused to let him in my house and said, "If anything happens to my child, anything at all, I will hunt you down like a dog and kill you where you stand." He said, "I understand, Ma'am. Thank you." As he turned and left, I slammed the door, but it never occurred to me to say, "Thank you for your service."
Dear Recruiting Officer Who Stole My Child,
I'm sorry for never thanking you... so I'm saying it today, 5 years too late: from the bottom of my heart, thank you, thank you, thank you for your service. 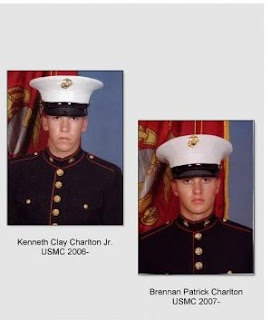 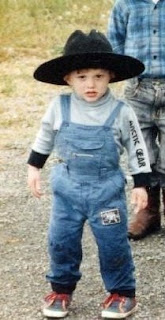 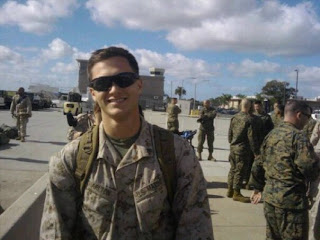 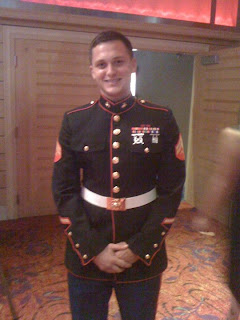 Brennan has served two tours in the middle east, and Kacey has done one. He is scheduled to go back after Christmas. Every year in December I sit down and read the List of Names of All Those Who Have Lost Their Lives This Year While Fighting The Never-Ending War On Terror. I read every single name. I look at every single face. I look to see where they are from, how old they are, and how they died. As tears pour down my face I think of them as children, think of their families, and think of their mothers. I try to imagine how they felt the day they opened their door and saw a uniformed officer standing on the other side, forced to tell them the words that they prayed they would never hear... "I'm sorry to inform you..."
My heart breaks for each and every one of them. And even though I'm not a religious person, I pray with every fiber of my being that I will never be that mother. I thank all the powers of the universe for keeping my precious children safe. And then I think about what a different place this world would be if it weren't for those who were willing to stand up and fight, those people like my sons who stood up to me because they had a calling, a determination, a dedication far beyond anything that I have ever felt.
I think of the people who lost their lives on 9/11/01. I think of their families, the first responders, and all the men and women who have fought courageously so that a tragedy such as that would never happen in our country again.
And I am so incredibly grateful for all of them, and so incredibly proud that two of my boys are among them.
When people say, "Oh, in 30, 40, 50, whatever, years, no one will care or remember about 9/11."
I pray that isn't true. And I don't believe that it's true. As long as I have breath in my body and am sound of mind, I will remember. 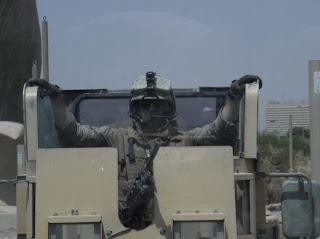 I will never forget.
Posted by Unknown at 11:50 AM