You say "tumescence", I say "peener"

But I never say tumescence.

Because I didn't realize, until torturing myself with a LaVyrle Spencer novel last week, that it was even a word.

In case you aren't familiar, LaVyrle writes the kinds of love stories that make you want to stab yourself in the eyes.  They're always filled with tragedy, deep and meaningful moments, awkward and embarrassing sex, and characters with nipples that turn into gumdrops upon arousal.  (Don't worry, I'll get to that.)

Personally, I'm not a fan of the romance genre.  I'm too cynical and let's face it, obnoxious and jaded to lose myself in a love story.  Plus I spend wayyyyy more time picking the story apart and mocking the characters than I do actually just turning my mind off and reading the book.

HOWEVER...  Last week, while Life was having a grand old time kicking me repeatedly in the ass, I ran out of books to read.  I am too poor to download a new one onto my Kindle, so out of desperation I grabbed the lone LaVyrle Spencer novel that is sitting in my book case (why?  WHY?  HOW DID IT GET THERE???) because it's literally the only book in the house that I haven't read.  I was determined to soldier through it and get it done.  (Because nothing...NOTHING annoys me more than an unread book.  Okay, that's a lie, plenty of other things annoy me more, but unread books do call to me.)

This won't be so bad, I told myself, as I dusted off the cover, sneezed, and prepared to be swept away by Ms. Spencer's imagination.

Ho hum, ho hum.  Boy meets girl as toddlers, boy and girl fall in love, girl gets knocked up in high school and is shipped off to a reformatory for pregnant girls, girl has baby, baby is put up for adoption, boy goes insane from missing girl and being kept apart from her, becomes town drunk and bad boy, marries and divorces girls who look like her, she marries man who tragically dies of cancer and then against all odds, they get back together at her husband's funeral and despite family strife, different lifestyles, and a town full of Judgy McJudgersons, they... *wait for it* get back together.


But... to get to that climactic conclusion, I had to wade through some of the most incredibly awkward sex scenes I've ever been subjected to (and that's including some of my own).

And this is the part where we discuss "nipples that swell like gumdrops."

This phrase was used repeatedly.


His touch triggered such deep arousal within her that her nipples swelled like gumdrops.


She leaned forward and whispered in his ear, "Mmmm... my nipples are like gumdrops..."


This turned our hero on, because naturally, he was aware that when a woman wanted him, her nipples increased to the size of gumdrops.

This may be a slight case of TMI, but I can honestly say that I've never had nipples like gumdrops when my naughty bits are ready to play.

Should I be worried?

Maybe I should see the doctor...

(Also?  I keep scrolling up to look at the picture of the black gumdrop.  I love black gumdrops.  And black jelly beans.  And Good n Plentys... *bliss*)

Eventually (immediately) the whole nipple/gum drop comparison started to annoy me.  I mean, seriously, LaVyrle.... out of alllllll the words you could possibly use to describe the nipular region on the female breasticles, the best you can come up with is gum drops???

She switched her focus to HIS naughty bits, and that's when the word "tumescence" came out to play.

"She pressed her hand against his tumescence..."


"She could feel his tumescence against her thigh..."


What the fuck is "tumescence"?  Please explain.

: the quality or state of being tumescent; especially :readiness for sexual activity marked especially by vascular congestion of the sex organs

First Known Use of TUMESCENCE

There actually is a pretty word to describe a boner.


Meanwhile, I got really irritated reading about her nipples swelling like gumdrops at the size and appearance of his tumescence.

Which was pretty much on every page.

She would giggle and let him know that she "had gumdrops" and he would "feel his tumescence pressing against the zipper of his jeans" and next thing you know, they're making beautiful, sweet, magical love together beneath the moonlight.

In real life, the scenario would go like this:

Him:  *grabbing her breasts from behind and dry humping her while she tries to do the dishes*

Him:  *exposing himself, because he's extremely proud of his boner, because he's a dude*  "Now look what you did!"  *wink wink nudge nudge*

Him:  *looking dejected and slinking off to admire his boner on his own somewhere else in the house* 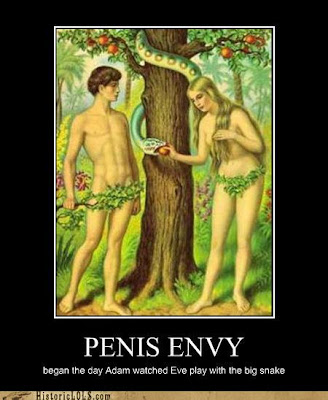 Hmmmm... I think I should try my hand at writing romance novels.  Yes?