The One In Which I Systematically Prove I'm Crazy

*Author's note:  Just before I started on this blog posting, I put dark blonde hair color on my hair and set the timer for 25 minutes.  Which I promptly forgot about while I blogged.  AN HOUR AND A HALF LATER I remembered, right about the same time that my scalp started burning and my hair started falling out.


Long story short, I am now a coppery redhead with thinning hair and blonde streaks.


Why oh whyyyyyy can I not be OCD about things like coloring my hair??


Why oh whyyyyyy can I not have a hair coloring phobia????


It just recently occurred to me that I mayyyyy be slightly OCD.  Just slightly, though.

If you ever want to see me go batshit crazy, all you have to do is use the same knife in the peanut butter that you used in the jelly, or vice-versa.

Really, it is that easy.

It will honest to God send me over the edge if I open the jar of peanut butter and see jelly in it.  Or, as previously stated (LORD how I hate redundancy!!) to see peanut butter in my jelly.

If I had been the person carrying the chocolate bar or the peanut butter, the Reese's Peanut Butter Cup never would have been invented, because I would have compulsively eliminated all signs of chocolate and peanut butter ever having met, despite the fact that they are one of my favorite candies.

This is nothing, however, compared to the lengths I will go to in order to avoid coming into contact with raw meat.

The very thought of raw meat sends ripples of fear and disgust throughout  my body.  The very idea of touching it (pull your minds out of the gutter, people... I'll wait)  creates a reaction within me akin to an old lady encountering a mouse.  I want to scream bloody murder, pick up a broom, and start beating the hell out of it, while simultaneously hiking up my skirt and performing a snappy little dance number.

I'm a wiz with a knife, fork, and tongs when it comes to extricating raw meat from the package.  (Seriously, people... grow up.  Stop thinking about peeners and skin flutes.  No?  Just me, then?)  Sometimes I even put baggies on my hands just in case any of the meat juice goes rogue and leaps from the packaging, only to come into contact with my delicate epidermis.   (I may or may not do the same thing when I'm forced to put Miracle Whip or Mayonnaise on Dan's sandwich, only that also involves holding my breath, turning my head, and attempting to achieve this fete without ever looking directly at the disgusting white stuff.  It pains me no end that there is even a jar of it in my fridge.  I'm positive I can smell it through the jar and it's tainting all the other food in the fridge just by it's very presence.)

Needless to say, sushi and steak tartar are never on the menu. 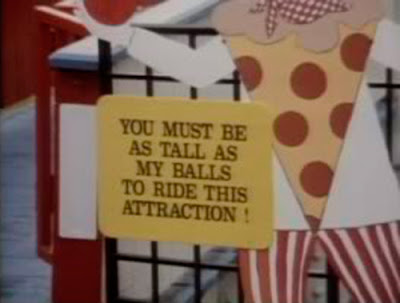 Next, we shall discuss my irrational fear of wiener dogs.

Those long, skinny little bastards scare the bejeezus out of me.

I would rather face a pack of hungry hyenas than come across a single well fed domesticated wiener.

I have had a Fear Of Wiener Dogs since my earliest childhood memories.  My grandmother had a nasty black and tan one named Buckles that bit me one day when I sat next to him and tried to pet him.  My mother snatched me up off the floor and chastised me for making the dog bite me while my grandmother comforted the dog for being forced to sink it's fangs into my chubby, grubby little hand.  Poor precious... did that nasty child touch you?


And right that second, my fear of wieners was born.

I remember refusing to ride my bike (it was a fabulous sparkling green Schwinn with a banana seat and a darling white basket with flowers and a playing card clothes-pinned to the rear fender so that my bike sounded even faster... I was bad-ass even at the age of 5) around the cul de sac because there was a vicious little dachshund that lived around the corner and I was positive he was just biding his time, lying in wait for the moment that I put my guard down and peddled passed his house, at which point he would chase me down and rip me to shreds.

Which he attempted to do one fateful day, when I felt that there was safety in numbers and made the daring ride with my friend Susan.

Susan made it home unscathed.

I was not so fortunate.

I had teeth marks on my ankle and somehow, lost my shoe as I peddled frantically towards home, sobbing at the top of my lungs.

Where I promptly got in trouble for scaring the crap out of my mother, who thought I was being kidnapped, due to the screams that were emerging from my throat.

Apparently, I was being overly dramatic.

I was volunteering at the local Humane Society and happened to work with a woman that actually collected wiener dogs.

At this point in time, she had ten.  TEN WIENERS.

One horrible day, I had to go over to her house to get something (I don't remember what) and when she invited me in, I could see the pack leaping and frothing at the mouth behind her.  I politely declined, letting her know that wiener dogs scare the everlovin' shit out of me.  She laughed, told me they were friendly and harmless and adorable, but agreed to put them in her kitchen and put up the baby gate to keep them confined.

I nervously entered her home, not wanting to appear rude.

*cue theme from all horror movies where the stupid, naive girl wanders into the dark basement after the electricity goes out because she hears a noise and the police have issued a warning that their is an ax murderer in the neighborhood*

She left me in the living room, in sight of the wieners, while she went off to get whatever it was I had come for.

The wieners were all clustered against the baby gate, glaring at me menacingly, with blood lust in their black, shark-like eyes.

Suddenly, without warning, and exactly as if they'd planned it this way, their snarling rose to a crescendo and moving as one, long, low-slung body, they rushed the baby gate, knocked it down, and attacked.

I was swarmed by ten barking, rabid wieners.

They leaped in the air in an attempt to rip my throat out, growling and snapping at my hands, my knees, my thighs...

I screamed in horror and tried to fend them off, flapping my arms like a demented scarecrow, but I was seriously out  numbered.

The owner of the pack came running into the room and tried to stop laughing long enough to herd the dogs back into the kitchen.

She offered an insincere apology, telling me how she'd never seen her dogs react like that to anyone, EVER, that they were the friendliest dogs on the planet, and seeing them try to eat me was the funniest damn thing she'd ever seen...

I've had PTSD ever since, thankyouverymuch.

I seem to have gone from OCD to Phobias...

So I will leave you with this. 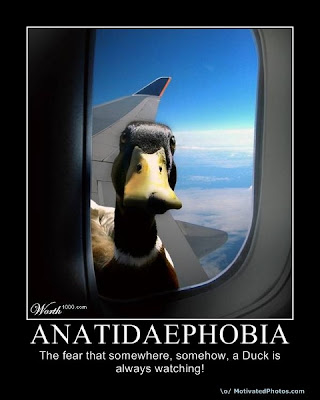 Now it's your turn to share with the class and make me feel less crazy...