It was with deep sadness that I may or may not have spent the entire day yesterday spying on the movers who were moving Mr. Awesome out of the downstairs apartment.

Proof of his Awesomeness lies in the fact that he needed not one, but TWO moving trucks to remove his belongings from a teensy, tiny, four room apartment.  (Not four bedrooms... four rooms.  Total.  Kitchen, bathroom, bedroom, living room.)

I'm assuming one truck was for his belongings, the other for his Awesomeness.

Since I was completely blocked in on all sides, I literally had no other choice than to spend my day spying on him.  No other choice.

1.  Even though it was the hottest, most humid fucking day in the entire history of days, Awesome outside looked cooler and less sweaty than I did from the confines of my air conditioned apartment.

2.  Team Awesome and the Movers worked their ASSES off.

3.  THE Awesome didn't lift a finger.  You have no idea how much I admire that.

4.  It took them 8 hours to wrap, box and load his shit into one truck.

5.  I didn't see them put anything into the other truck, which is why I'm assuming it was there to transport his Awesomeness. 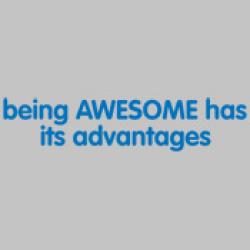 Watching this totally made me change my Life Goals.

2.  Become independently wealthy so as not to have to work.

3.  Write the best book ever written, ever, in the history if books.

4.  Actually get it published.

1.  Become so fucking awesome that my awesomeness needs it's own moving truck.

Thank you, Mr. Awesome, for Showing Me The Way.

Meanwhile, I'm going to miss him so.

Now that the downstairs apartment is momentarily empty, stomping across the floor has lost all of it's appeal.  I was a little sad last night when I was stomping into the kitchen and Dan said, "Jesus, Dani... you walk like a herd of elephants!" (because he's stealthy like a cat, don'tcha know) and I said, "So?" and for once, in like, the history of Dan, he had no response.

When Maisy was committing her nightly hate crime against the Amish (every single night for a year they've driven their buggies past my house at 7:00 and every single night for a year Maisy has gone ape-shit crazy at the window at 7:00) I had no reason to tell her to be quiet.  (The only reason I made her be quiet before was because it was a little embarrassing.  I mean, for the first week or so, I get that horses and buggies were startling to a pug who'd never been any closer to a farm than driving past 40 million of them when we crossed the neverendingmotherfucking midwest, but after a year, she really should have been expecting it.  Ya know?  And since not once did that buggy ever enter our home, she honestly had no reason to behave so irrationally.  And since I'm a Liberal and racism is sort of an ISSUE for me, having a dog that commits hate crimes was humiliating.  I felt like it implied that I'm a bad dog parent, especially after I found out that he's had a German Shepard in his apartment the entire time and I didn't know it until, like, last month, because HIS dog was awesome.)

Which basically means that while my dogs were upstairs being assholes, his dog was downstairs rolling it's eyes and texting all it's friends about the fat pug and the gay pomeranian upstairs.

Yesterday, when Dan came home from work, sweaty and disgusting and looking like he'd just rolled out of a swamp, he had this conversation with Awesome on the stairs:

Dan:  *dripping sweat from the four foot walk from the car to the stairwell*  "Man, you picked a miserable day to move!"

Awesome:  *so cool he had a light frost on his eyebrows*  "What do you mean?"

Dan:  *this close to passing out from heat stroke*  "It's hotter than balls today!"

Awesome:  *raising his frosty eyebrows and looking surprised*  "Is it?"

Things I Learned From Awesome: 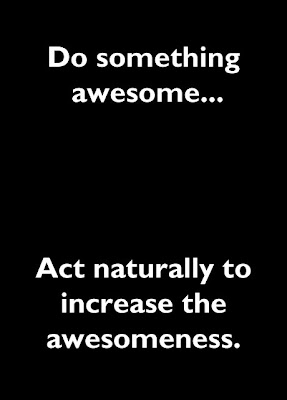 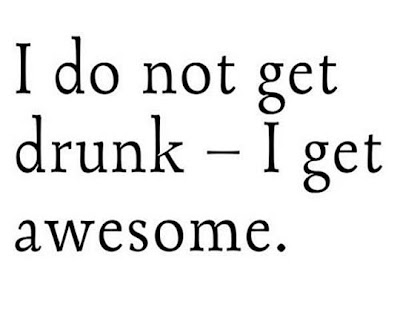 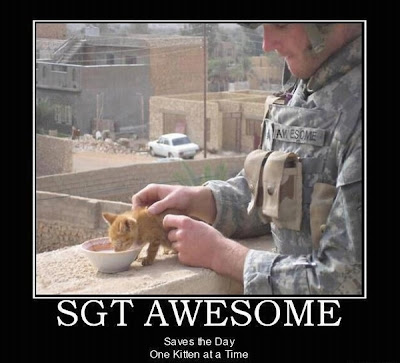 
As much fun as I had at your expense, I never forgot you were a Marine and that I owe my freedom to you and your Team.  Thanks for a year of entertainment and most of all, thank you for your service.


Go with God and I pray for your continued safety and happiness.