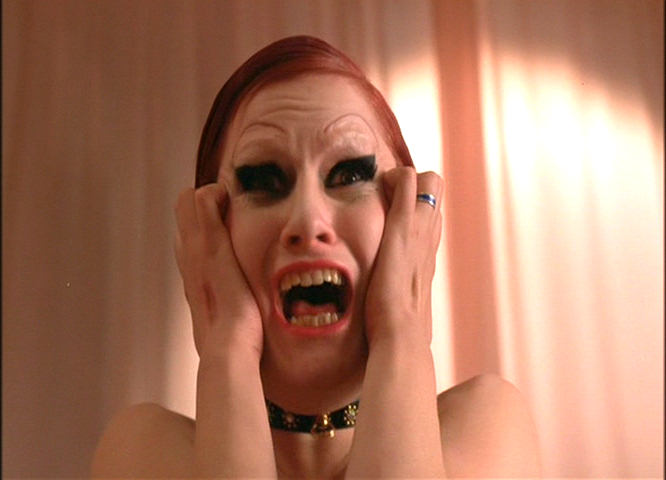 Those three little words carry within them the ability to send me screaming from the room, the house, the state, the country... There is nothing.  NOTHING.  NOTHING more pathetic, more helpless, more annoying than my husband when he imagines himself to be sick.

In the 10 years that we've been together, both in sickness and in health, I have:

Broken my foot... twice
Broken my finger
Dumped scalding bacon grease on my hand and wrist and given myself 3rd degree burns (don't ask)
Had pneumonia
Had MRSA so severely throughout my entire body that I had to be driven 2 hours each way to a doctor four times a week to have horrible, awful, brutal, painful things done to my body
Had the friggin' Swine Flu
Had more migraines than you can shake a stick at
Had sciatica
Given myself a concussion by accidentally slamming my head into the freezer door (shut up)
Caught every single cold and flu bug ever to hit any child, ever, who attended school in Del Norte County

(Basically, I am a bad, embarrassing accident waiting to die a hideous death, most likely by butt injury.)

Throughout each and every one of those instances, I have managed to feed myself, clothe myself, bathe myself, get my ass out of bed and tend to my own (and everyone else's) needs and actually have Dan ask me, while I'm standing there with tubes hanging out of my body (MRSA) and expressing discomfort, "Why?  What's wrong with you?"

(In fact, during the Great MRSA Attack of 2005, Dan took a week off from work to "help" me.  He spent the week catching up on his sleep while I cleaned, vacuumed, and prayed for death.)


In that same time frame, Dan has had:

The earth literally stands still at his first sniffle.

He takes to his bed.

Dan: *barely able to lift his head or open his eyes* "Cad you breeg me sub water?"

Dan: *straining to speak, due to his extreme weakness*  "Ad sub ice?"

I wait on him hand and foot while he lays in bed, in the dark, sicker than anyone, anywhere, has ever been.  Somehow, his harshest coughing fits coincide with me entering the bedroom and are followed by a deep, drawn out, expression of agony... "UHHHHHhhhhhhhhh...." *coughcoughcough*  "UHHHHhhhhhhh..."

Me: *stifling the urge to put him out of his misery*

When he blows his nose, he makes sure I'm aware of the color AND the consistency.

When  he sneezes, he makes sure he moans loudly afterward, to make sure I know how painful that sneeze actually was.

When he gets out of bed to use the bathroom, he makes sure to breathe loudly and agonizingly through his mouth, in case I should forget that he is, indeed, suffering mightily. 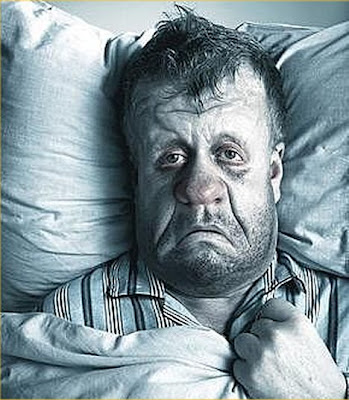 Meanwhile, I'm fantasizing about what I will wear and what song I will play at his funeral. Here's what I know, with absolute certainty:

I will catch his cold.

I will be sick, because my immune system is pretty well shot to hell, after the 9 weeks and 27 different antibiotics I was on during the MRSA incident.

I will be twice as sick as he is.

And as I'm standing there, coughing, sneezing, and blowing my nose, he will look at me and say, "What's wrong with you?" 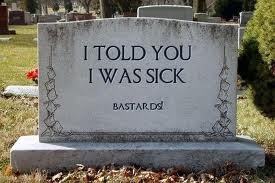