What I Learned This Weekend

So yesterday I asked a question on my Facebook wall, where only 250 of my closest friends would see it.

Being the wildly intellectual woman that I am, I have a never ending thirst for knowledge.  I needed to know something.  I needed to know BADLY because it's a word I see constantly in the Blogosphere and dammit, I was tired of being out of the loop.  (Kind of like when the whole "planking" thing was going on... I referred to Google and praise be to Jesus, I figured that shit out.)

This time, however, Google was vague.  (Or else I'm stupid, one of the other.)  So I went to the source, the source that I knew would have the answers and be able to explain it to me in words of one syllable or less, so that I would finally freaking get it.

Answers were incredibly helpful, because apparently my friends are much, much smarter than I is:

Answer #1:   Dana:  Yea, I dunno. I think it is a internet picture gone viral, but that's a big giant guess.

Answer #2:   April:  I think I know but can't really describe it other than how Dana has...only I'd add that something "clever" has been added to be "funny".

Answer #3:   Me:  Thank you for making me feel less dumb. I love it when smart people don't know, either.

Then the Smarty-pantses got involved:

Jen:  You know all those cards with smartass phrases you like to post? Well, those are memes.

Then Betty got involved, and included a French lesson:  meme is french means "the same" so if a phrase or a pic or a saying has become VERY popular and repeated lots and lots all over, it's a "meme."

And then?  This happened:

Betty again:  Whatever you do DON'T look up FAP!

My little fingers typed FAP in Google Images so fast that smoke was literally pouring off of my keyboard.  I was salivating with anticipation when the first image appeared: 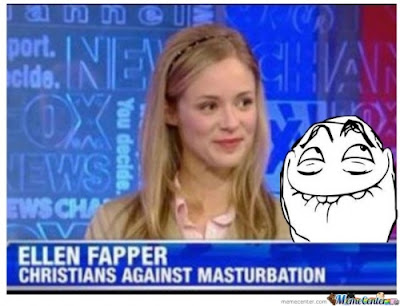 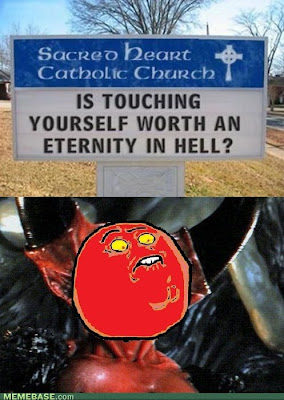 In my head:  "Ahhh... I get it.  "Fapping" is an anti-masturbation slogan, created by Fox News and the Catholic Church and Ellen Fapper, who is obviously a dynamo in the sack.  I feel holier now for knowing that." 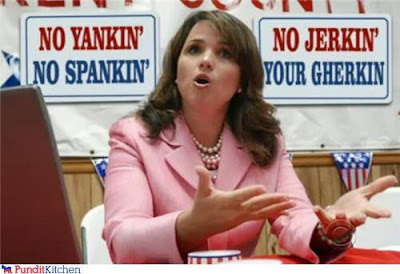 Ohhh... okay.  This only applies to DUDES.  Nothing to yank, spank or jerk going on in here, thank you very much.

Thank you for your anti-masturbation crusades.  How happy are YOU for your tidy girly bits that can't be yanked or spanked, thus eliminating you from an eternity in Hell?

Also, not only is it MURDER (according to Ellen Fapper, I believe) it can also create this awkward situation:

And THEN, thanks to a very good friend of mine who caught on eventually that Ellen Fapper had totally misled me in the definition of Fapping, I was directed to a different website, which explained it a little more accurately:

*Sidebar:  In one of my embarrassing Google Image searches, I happened upon this photo, which nearly made me pee myself laughing.  It has nothing to do with this blog, but it cracked me up so hard I felt the need to share.  However, part of me felt like a total ass for laughing so hard, considering HER fat ass was doing laps around MY fat ass, which was planted on the couch laughing at HER fat ass.  Then I got over it and laughed a little  more.