The One With A Weapon Of Mass Destruction

*Author's note:  In no way, shape or form is any content of this blog intended to be political or controversial.  My reference to the NRA is only used as an example of how one might or might not obtain a Weapon of Mass Destruction with which to stop one's husband from snoring.  Any other meaning taken thereof is strictly in your own mind.  This blog is not a Democracy.  It is a Dictatorship. Leave your politics off my page.

I'm not gonna lie; the only reason Dan is still alive this morning is because I couldn't get my hands on a Weapon Of Mass Destruction at 3:36 this morning.

I've told you before about his snoring, his godawful snoring, his terrible, horrible, GODAWFUL SNORING.  This is not the gentle snoring that lulls you to sleep with a smile on your lips, secure in the knowledge that your spouse is lying next to you blissfully dreaming of chasing rabbits and eating cotton candy.  Oh HELLL no.  This is the loud, bone-jarring, nerve-racking, incessant roar of someone sitting right next to your head on a Harley, revving it non-stop for 8 to 10 hours every.single.night.


We had him tested for sleep apnea and he passed with flying colors.

He tries sleeping on his left side... he snores like it's his job.

He tries sleeping on his right side... he snores like he's working over time and the money is big.

He tries sleeping on his back and ...

Don't even get me started with what happens when he sleeps on his back.

The other night as I was lying in bed counting the moments until dawn I thought to myself, "If I had a dollar for every night I've spent awake listening to Dan snore, I'd have, like, a million dollars or something."


Anyway, so last night was the last.freaking.straw.

Don't get me wrong, I've plotted his demise before.  (What, like you haven't?  Everyone who knows Dan has plotted his demise at some point or another.)   Usually, as I'm lying awake, rather than counting how much money I'd theoretically have if someone paid me to put up with his snoring (which no one has, yet... *hint hint*) I'm planning the Perfect Murder.

The Perfect Murder Plot has come a long way, thanks to hours of research (and by "research" I mean "Watching Snapped!"  Those bitches got caught.  I won't.)  I won't go into detail, but it all ends with me getting a good night's sleep.

It also frequently ends with me being featured on an episode of Deadly Women.  It'll be the episode where everyone stands and cheers at the end, because not a jury in the world would convict me.  Why, you ask?  Because I have hours of his snoring recorded.  I like to play it for him when he's really tired.

(This blog is a little disjointed because I've had like 8 minutes of sleep in the past 12 years.  Forgive me for not being on top of my game.)


So like I was saying, last night I was lying next to Dan, plotting his demise.  The snoring had reached fever pitch.  To make it even more special, he was crowding me out of bed, his head resting almost on my pillow (which is a total and complete no-no in my house, due to the excessive amount of drool that pours out of his mouth the second his head hits the pillow) and sawing wood millimeters from my ear.  I had pushed, punched, kicked, whacked, shoved, poked, and pinched him so many times that *I* was tired of it.

And then I thought, "Ya know, if I had a Weapon of Mass Destruction, I could strap his ass to it and the problem would be SOLVED."

And then I wondered, "Where does one get a Weapon of Mass Destruction?"

Because that's out of the question.  I refuse to pay a club just so I can be a member.  If you don't like me well enough on my own merit, then by God, I don't want to hang out with you.  If the NRA can't appreciate me for my finer qualities, then they can kiss my dimpled white ass, thank you very much.

(I started getting pissed, thinking about the NRA and how if I wanted a Weapon of Mass Destruction, I'd have to pay them to be my friend.  Screw you, NRA.  You don't even know me.)

Long story short (because I'm tired and lost my train of thought) due to the fact that I'm not a member of the NRA and refuse to pay them to like me, Dan was allowed to live until morning.

The first thing I said to him was, "Do not bother coming home from work tonight without ear plugs for me."

Me:  "Because if I have to spend another night listening to you snore, one of us will not make it until tomorrow."


I ratted him out to his mom later in the morning and she informed me she has some ear plugs that I can have.  I thanked her profusely (I may have wept a little... ) and told Dan, "Your mom has ear plugs for me!"


(I'll let you all chew on that for a minute.  Still wondering why everyone who knows Dan has plotted his demise at one time or another?  I didn't think so.)


Dan:  *happily going about his business, visions of sugar plums dancing in his empty head*


Me:  "What do you mean, YOU will finally get a good night's sleep?"


Dan:  "I'm tired of you waking me up all night because I'm snoring.  I can't even sleep on my left side because I'm "snoring on you."    I didn't sleep for shit last night." 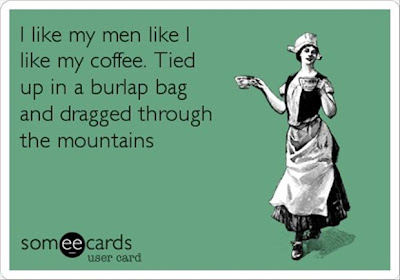