The One With Big Gay Dan 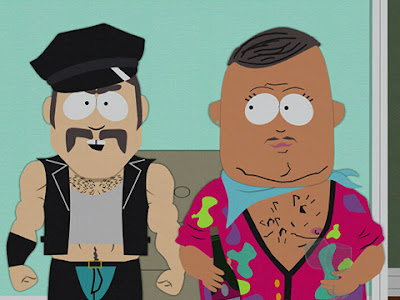 This is my un-gay husband, Dan:

What he DOESN'T watch?

Is pretty much anything that contains the words "gay" or "musical."

So imagine his surprise the other night when he logged on to Netflix and found the following message:

Because you watched The Big Gay Musical, you might enjoy the following titles: 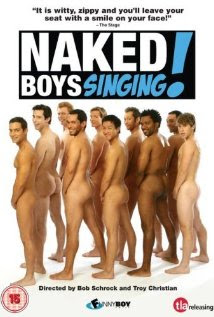 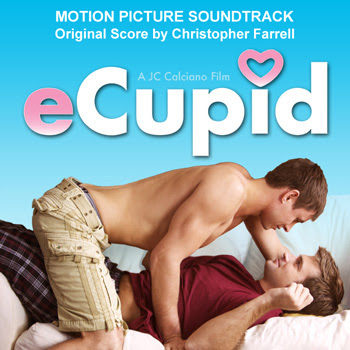 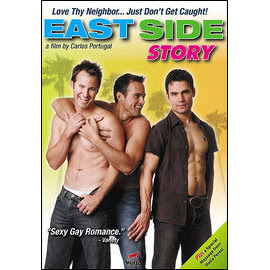 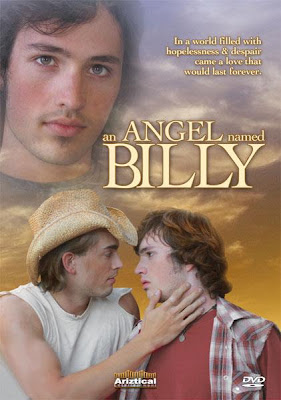 Dan:  *immediately feeling his sexuality being threatened*  "WHAT THE FUCK?"

Dan:  *glaring at me in a wild-eyed, panic-stricken way*  "WHO WATCHED A MOVIE CALLED THE BIG GAY MUSICAL???"


(Please note:  The all-caps is due to the fact that Dan's normal speaking voice is just slightly below a bellow.  When he's agitated, panicky, or fearing his rampant heterosexuality being threatened, he achieves what can easily be referred to as a Full-Blown Bellow.  Yes, the neighbors adore us.)

Dan:  *nothing short of enraged*  "LOOK!!  RIGHT HERE IN MY NETFLIX!  IN MYYYY NETFLIX!  SOMEBODY WATCHED THE BIG GAY MUSICAL!"

Dan:  "WHO THE FUCK?  OH MY GOD!!  OHHHH MYYYYY GODDDDD!  LOOK AT THESE MOVIE TITLES THAT NETFLIX IS SUGGESTING FOR ME!  NETFLIX THINKS I'M GAY!"

Me:  *possibly enjoying this a little too much*  "Maybe Netflix knows something you don't know..."


Me:  "I think it's part of a conspiracy where all the gays staged a coup on Netflix and are utilizing their mad mind control skills to turn everybody gay.  I'm pretty sure I heard about it on Fox News."

This went on, ad infintum.

I finally pointed out to Dan that he has given at least 900 people his Netflix password so honestly, it could be anyone.

I may or may not have suggested it could be his brother, or his dad, in a creative attempt at coming out.

(Dan usually does not find me amusing.  This time was no exception.)

Needless to say, his mood was dark.

He then went on a macho movie watching binge to hopefully prove to Netflix that he is 100% not gay.  (Because gay men would never want to watch hunky Hollywood tough guys kick ass and take names, yes?)

Me:  "Seriously, what would a gay man do?  Watch other gay men prancing around singing Somewhere Over The Rainbow or watch a muscle bound hunk of meat with his shirt off saving the world?  Are you SURE you didn't watch The Big Gay Musical?  ARE YOU SUUUURE?" 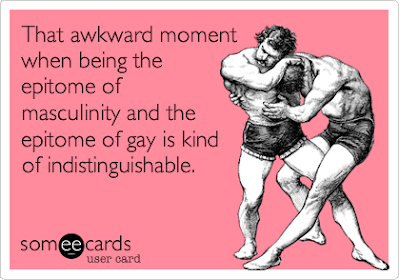 
The Mystery Of The Big Gay Musical haunted Dan.  Who would have watched it?  And why?  Everything he thought he knew was no longer real.  His world was turned upside down as the Big Gayness of it all weighed heavily on his mind.

Frequently he would ask me, in agonizing tones, "Whooo?  Whoooo watched The Big Gay Musical??"

And I, loving, supportive wife that I am, would respond, "Who fucking cares?"

So flash forward to yesterday, when I took my nieces, ages 9 and 14, shopping with me.  Both girls are severely learning disabled.  The 14 year old is mentally about 5, the 9 year old just slightly less severe.

The 14 year old, T, is going through an awkward age where she loves boys but is absolutely clueless as to what to do with them.  She's obsessed with Twlight, Vampire Diaries, One Direction, and any tv show or movie that features pretty young boys behaving in a way that she determines is funny.

(In other words, everything is funny if a cute boy is doing it.)


(She is so obsessed with Twilight and so incredibly naive that she has downloaded every single free book onto her e-reader that contains the word "Twilight" because she thinks it's about the movie.)


Anyway, the girls were in the back seat of my car chattering about some movies they had watched recently.  I was only half-paying attention because their understanding of what they've watched is incredibly limited, and if said movie has a cat, a dog, or a cute boy in it, that's pretty much their entire  focus.  Wars could be going on, people could be decapitated, but if so help me a cat happens to wander by, they instantly begin squealing about the "cute kitty" and enjoy the movie immensely because "the cat was so funny!!  and so cute!"


(Oh, to live in their heads for a day... Disneyland has nothing on them.  I'm here to tell you that the inside of their minds is the real Happiest Place On Earth.  No lie.)


It was right about three minutes in to our drive that a lightbulb suddenly turned on above my head.


The girls may not remember what they had for breakfast, but they DO remember how to get onto Uncle Dan's Netflix.  They are actually quite skilled at picking out a movie to watch and have never forgotten his log in OR his password.  (He forgets it all the time, but they don't.)


Me:  "Did you guys watch a movie called Big Gay Musical?"


Me:  "Did you watch a movie called Big Gay Musical?"


(My theory is that if they don't understand me the first time, if I repeat it often enough, I'll eventually get an answer.  My theory is usually proven incorrect, but I keep plugging along.)


Me:  *trying a different tactic*  "What movie did you watch last night on Uncle Dan's Netflix?"


Me:  "Was it called High School Musical?"


T:  "It was called something Musical.  I don't remember what."