When the Fu Shits, Wear It

I'm not going to recover from the indignity of the 84th Annual Family Reunion anytime soon, in case you were wondering.

The Big Moment was held at Lake Ontario, which I was assured repeatedly would be Exactly Like The Ocean.

Then I was accused of snobbery for pointing that out.

(Excuse the crap out of ME for trying to educate these people.  Fine... be stupid forever, see if I care.)


But what do I know.

Don't get me wrong, it's a big-ass lake.  Biggest one I ever done seen.  And if I hadn't had it in my head that it would be exactly like the ocean I probably would have been super impressed and excited to see such a big lake.

Instead, I was let down.


I don't go lake swimming for the very reason that if I step on something squishy, I'll die.  Seriously.  So I hung out with the rest of the anti-lake swimmers and created enough sweat to fill my OWN lake.  Food was eaten, minutes were read (oh yes, they were... they take this family reunioning quite seriously), officers were voted in, eyes were rolled (okay, just mine... but that totally counts) and then it was time to pack up and go.

And that's when it happened, the Suck It Up Nancy moment that Karma was waiting for.

It went exactly like this, only in slow motion:

There are no trash cans at the park where the reunion was held, so basically you have to take all your crap back home with you.  (Who ever fucking heard of such a thing???  Ewwww!!)

Dan's mom had brought a plastic table cloth, plastic forks and spoons, and paper plates, which we determined could just be folded up together, tied into a bundle, and taken home to be disposed of.  (Which totally makes sense if you're an uncivilized Okie and have never seen a garbage can.  No offense to civilized Okies, of course.)

As we were folding up the table cloth with the dirty dinnerware inside, a large seagull, who had just eaten a buttload of something greenish purple and nasty, flew overhead. 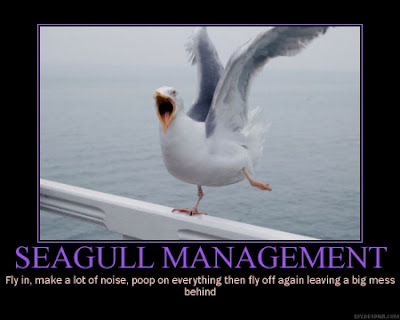 I had my nose wrinkled up (I mean, eww... I was touching other people's food) and was folding the corners of the table cloth together with a look of pure disgust evident on my pouty face.

At the precise moment that my hand reached for the final corner, the load of poop the seagull had been saving for just such an occasion landed on the back of my hand, dripped down between the folds of my thumb and forefinger, and instantly stained my skin green. 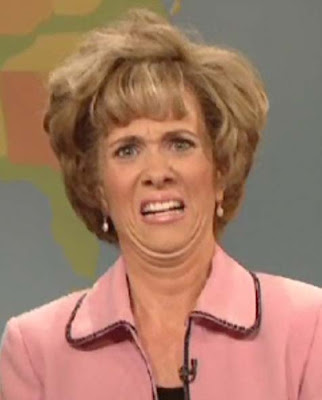 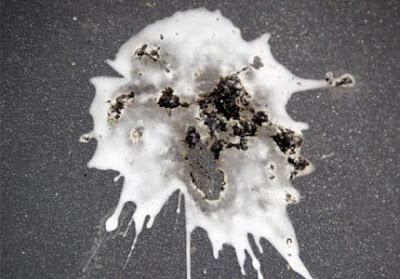 Long story short, I had to walk through the entire park and down to the lake that was clearly not an ocean to rinse seagull poop off my hand.  Without soap.  In slimy lake water.  (Did I mention that?)

Oh, and in case you were wondering?

That shit doesn't wash off.


On the drive home, Dan's mom, who hadn't been privy to my 2 hour long bitch fest about the lack of ocean-ness of Lake Ontario asked sweety, "So what did you think of Lake Ontario?  It's like being at the ocean, isn't it?"

"Oh yes," I answered enthusiastically, with my hand still redolent of au de birdshit, "It was majestic!  Amazing!  Incredible!" 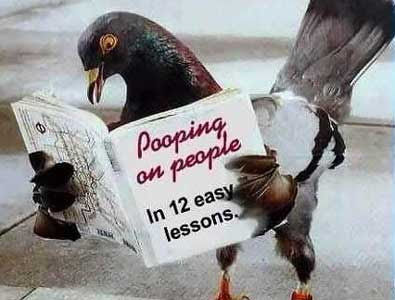