Remember the time I was awkward?

Yeah, I've got nothing.

Okay, so this may or may not have happened yesterday (speaking of awkward moments):

He was obviously in the military, so I assumed (since I'd been told our new neighbor was in the Coast Guard) that he was, in fact, our new neighbor.  The government vehicle parked in the driveway offered proof that this theory was most likely accurate.

Me:  *giant lightbulb shining dimly over my head as I realized it was, in fact, Mr. Awesome incognito driving a government vehicle, apparently doing a last walk-through of his former pad*

Me:  *smiling stupidly*  "OHHHhhhhh... I didn't recognize you without your truck!" 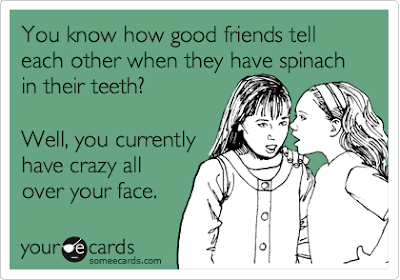 I really hate me sometimes.

The rest of the conversation is a blur... I think I said something like, "Okay, love you, byyyyyeee..." and hot-footed it up the stairs as fast as a fat girl can.

He was there again this morning, only in his actual truck, as Dan was leaving for work.

(Which, in my opinion, gave Dan an unfair advantage.)

I could hear them outside chatting intelligently and calling each other "Bro" and "Dude."

As I hid in the apartment, swearing to not step foot outside in public again until I knew for certain that Awesome was gone forever, I suddenly felt like Lucille Ball in the episode where she meets William Holden after making an ass out of herself in front of him at The Brown Derby and winds up catching her nose on fire.

The long term ramifications of this is that I am never going to be sure if the young man living below me is Awesome or one of his clones, unless, of course, the new tenant is black, or Asian, or female, or obviously not Awesome.

I could ask my landlord for a description of the new tenant, but he already thinks I'm a little off since I consistently call him Bob, which isn't his name.

I don't actually remember his name, but I swear to God that whatever it is?  It should have been Bob.

Every time I say something to Dan like "Bob was here mowing the lawn all day" (refer to yesterday's blog) he says, "Who?"  even though he knows damn well who Bob is.  Bob may not know, but DAN does.  And it drives me nuts when he acts like he doesn't know what I'm talking about when he actually does.

Then we have this conversation.  Every. Single. Time:

Dan:  *looking superior*  "WHO was here today mowing the lawn?"

Me:  *already pissed because I know that isn't our landlord's name but I can never remember what it is and Dan knows this*  "Our landlord."

Which is why I can't call and say, "Hey, Bob?  Would you mind giving me a mug shot of our new downstairs neighbor so that I can quit asking Awesome if he's moving in?" 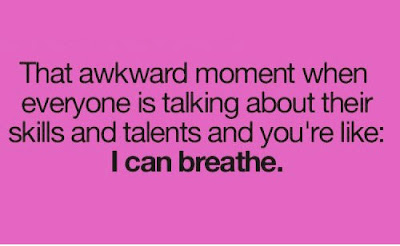 Basically, he's been in and out all morning, doing whatever Awesomeness he needs to get done before he can leave for his next assignment, spreading Awesome and Sunshine amongst the weak and the weary.

Maisy has been standing in front of the window watching his comings and goings, offering the occasional batshit crazy barking episode just to add excitement to his otherwise dreary day.

*thud*  (That's the sound of Maisy getting down.  She's uber delicate like that.)

(She minds so well it's almost unfair to all of the people whose dogs aren't quite as perfect.)

Me:  "Maisy!!!  GET YOUR CURLY LITTLE BEHIND DOWN FROM THAT WINDOW RIGHT FREAKING NOW!"