The First Great Underwear Battle of 2013 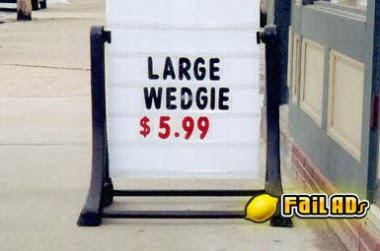 I woke up at 3 a.m. and suddenly felt like I was being strangled by my underwear.

It's a strange phenomenon, why this happens.  I can spend an entire day in my underwear (which I do... every.single.day...  there is no commando going on in my pants, fyi) and I'm fine.  No wedgies,  no creepers, no picking my seat when I stand up.  All is good with my girl parts, everything's fine, everything's exactly where it's supposed to be.

(Sorry... there will be no gratuitous vajay shot here to illustrate my point.)

(Did you know that in England the word "fanny" means "vaj"?  I found that out in the most random way this summer.  My sister-in-law, Taryn, a full-blown Brit, was visiting.  At some point during the visit I told someone to get their fanny into the house, or some such thing.  And THAT is when I was informed that "fanny" is another word for the frontal region, not the backal region, in the good old U.K.  So now I can't say "fanny" without feeling just a little bit dirty.  Thanks, Taryn.  And no, that didn't have anything to do, really, with this blog.  It just popped into my head when I wrote "vajay."  I can never overlook a good opportunity to educate.   And now?  You are all just a little bit smarter.  Unless you're from the U.K. and already knew that.  You're welcome.)

(I'm also pretty sure I just killed spell-check.  Without any warning, all my squiggly red lines disappeared.  Huh.)

And now, back to my Epic Underwear War.

So as I said, I can spend an entire day without even thinking about my underpants.  They're down there, doing their job (which is maintaining a layer of protection between my pants and my hoo-hah) and I'm up here, doing what *I* do (which is very, very important stuff, y'all).  We're each minding our own business, keeping things going in our prospective areas.

I go to bed.  All is well inside my jammie bottoms.

Eventually, I drift off to sleep.

Usually, I stay asleep (except for the 15 times a night I get up to pee, which doesn't really count).

But every once in a while, I will wake up with the uncomfortable feeling that something is wrong.

Last night was one of those nights.

I had (mysteriously... seriously, this never happens) fallen asleep fairly quickly after I went to bed.  Maisy was under the covers pressed against me, snoring, the room was the perfect temperature, Dan was breathing deeply but not necessarily rattling the walls with his sonorous nighttime chorus... All systems were GO for an easy night's sleep.

I laid there for a moment, wondering why I felt vaguely uneasy. 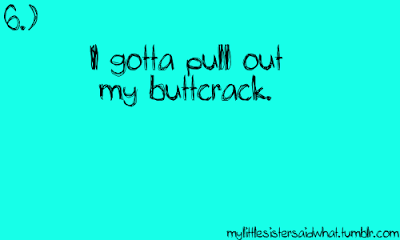 I readjusted and tried to go back to sleep.

I got out of bed, rearranged my underclothing, got back into bed, and tried to go back to sleep.

I tried to ignore it.

I flopped over onto my other side.

I kicked my feet frantically until I was out of breath.

Dan, rolling over and coming out of his stupor long enough to be annoyed:  "What's wrong??  What are you doing?"

Me:  "MY UNDERWEAR IS TRYING TO KILL ME, OKAY?"

(Apparently my imminent Death By Underwear is of no concern to him.  Bastard.)

I slid my hips up to see if that would dislodge the wedgie.

I did a little bump and grind while lying on my side.

(Seriously, you guys... that totally happened.)

Because it was 3 in the freaking morning and I didn't think of it.

Until 4.  I thought of it at 4 in the freaking morning.

I rolled out of bed, dropped trou, and climbed back into bed.

Sadly, by that time I was wide awake and pissed off.

I killed that motherfucker. 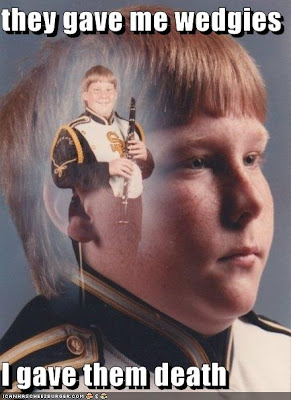